LIGHTSUM drop their 1st mini album scheduler for ‘Into The Light’! 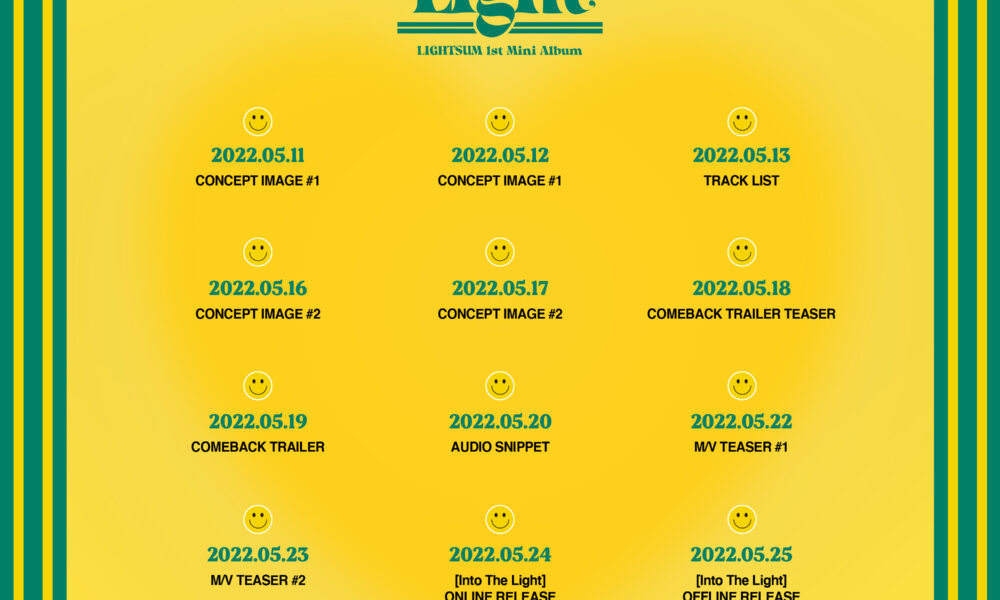 LIGHTSUM drop their 1st mini album scheduler for ‘Into The Light’!

On May 10th, LIGHTSUM released the scheduler to their 1st mini album comeback, ‘Into The Light’. In the lead up to its release, the girl group plan to drop concept photos starting May 11th, a trailer, audio snippets and two MV teasers.

The poster’s bright yellow and green background with smiles might show the group going for a summery bright concept this time round. The Cube Entertainment group’s last comeback was in October with their single, ‘VIVACE’ accompanying single album, ‘Light A Wish’. Hence, this marks the group’s return in 7 months.

Check out the scheduler below!

LIGHTSUM ‘INTO THE LIGHT’ SCHEDULER:

LIGHTSUM‘s 1st mini album, ‘Into The Light’ will be released on May 24th, 6PM KST!

How do you feel about the girl group’s first comeback of 2022? Let us know in the comments below!