UNI.T embraces the girl crush look in latest ‘Begin With The End’ teasers

UNI.T embraces the girl crush look in latest ‘Begin With The End’ teasers

UNI.T has dropped a lot of teasers as scheduled. Ranging from the individual teasers to the highlight medley, you can check it all out below!

So, each member is seen posing in front of a beautiful pink background. Surrounding them are spots of yellow that helps bring another element to their images. They all look beautiful in their own way and they are embracing a look that works for all of them. Since this is their goodbye album, they are going to go with a bang, giving something for the fans to remember. 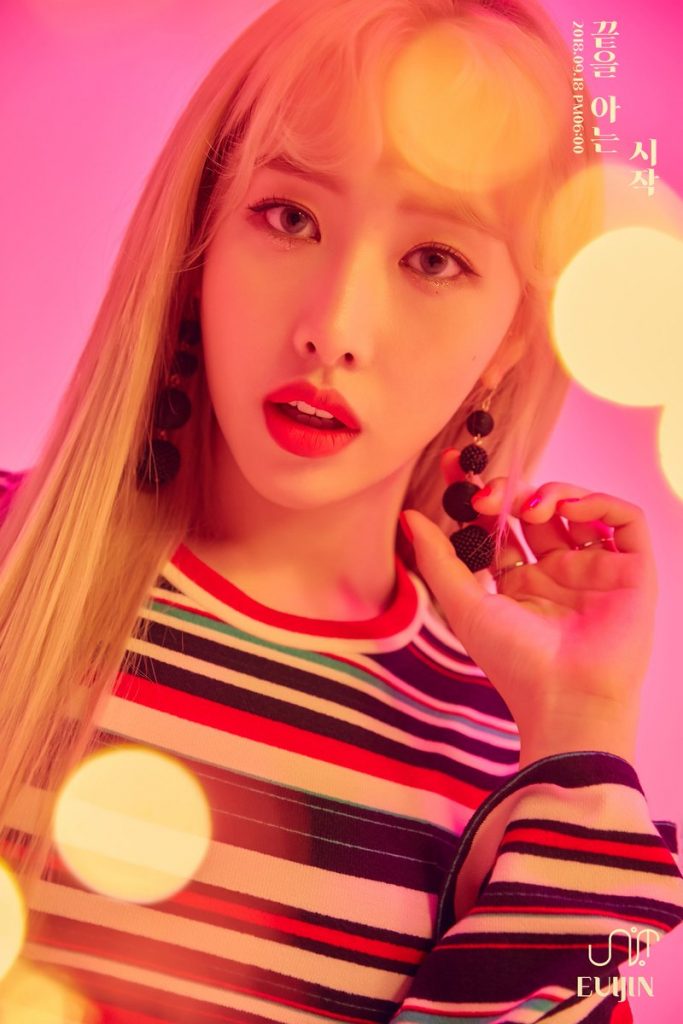 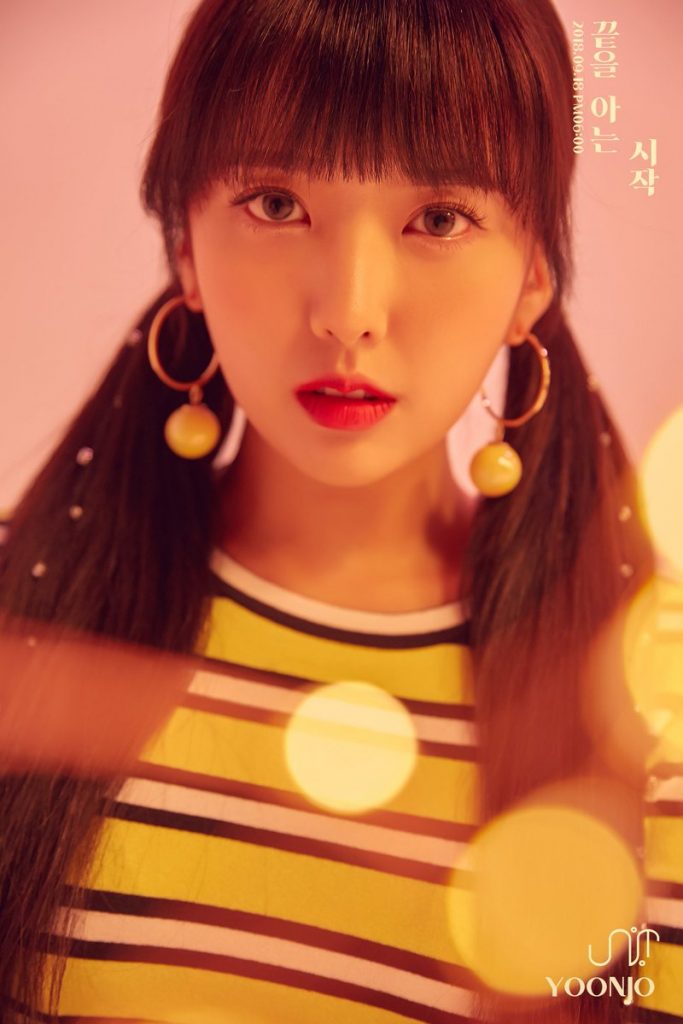 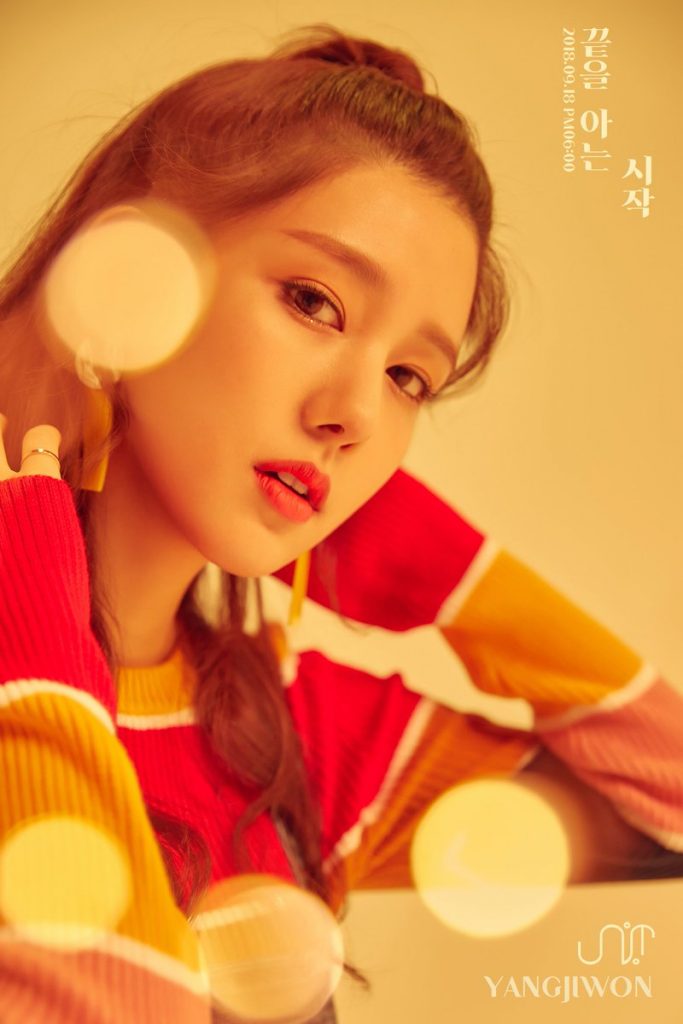 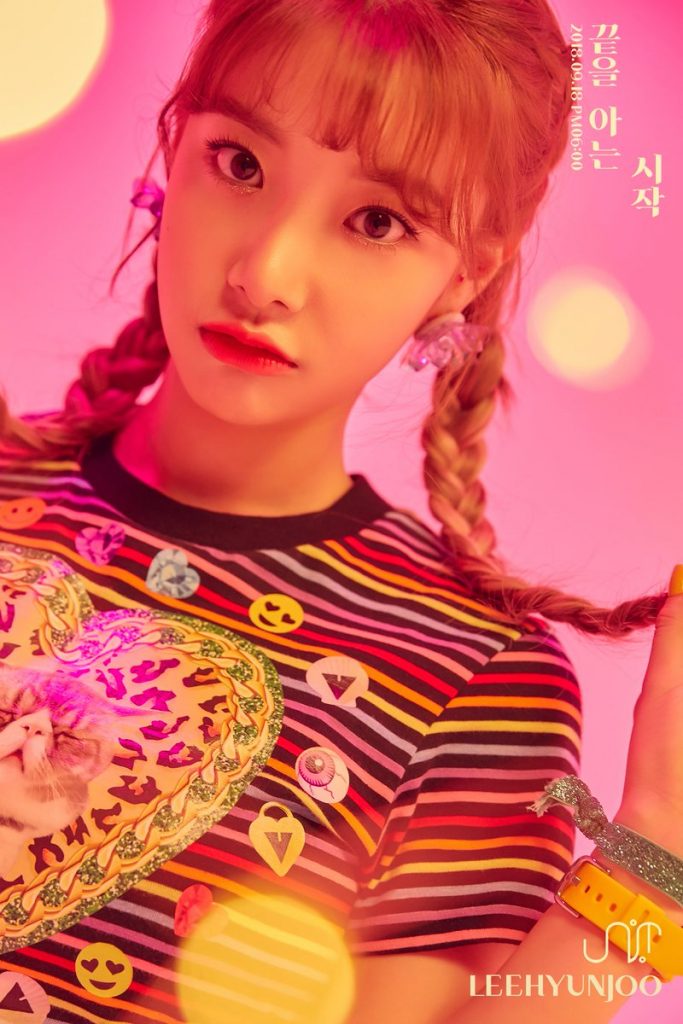 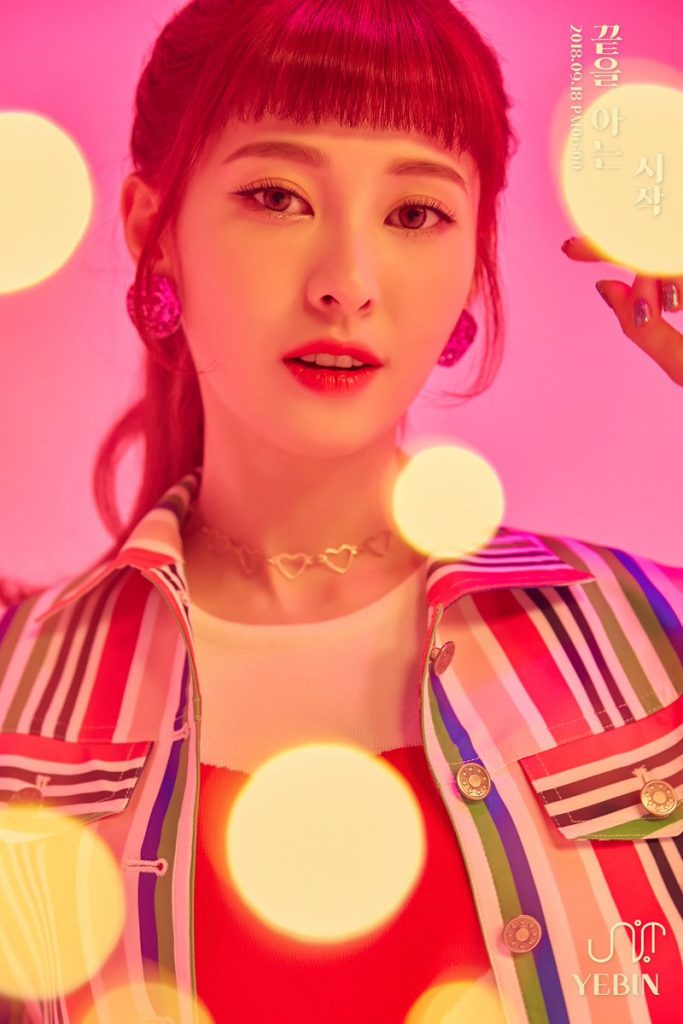 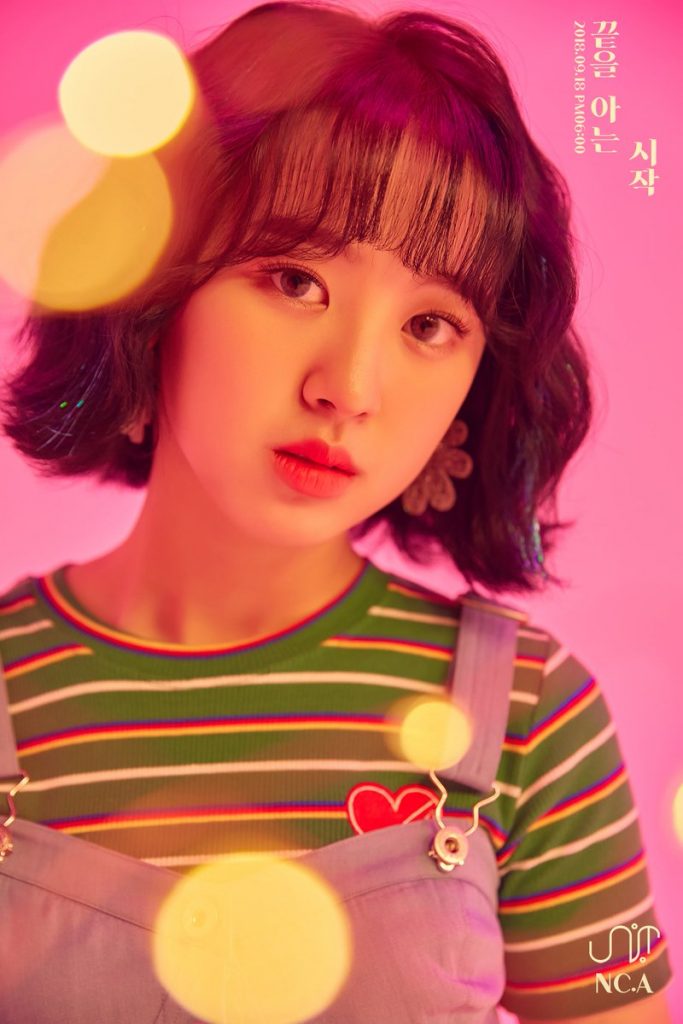 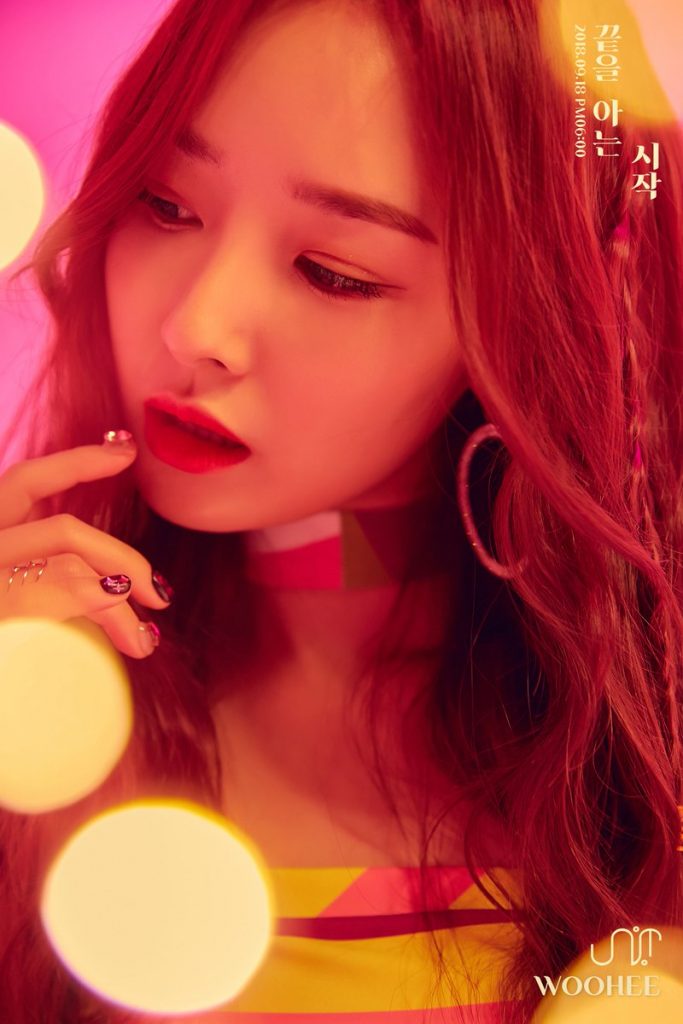 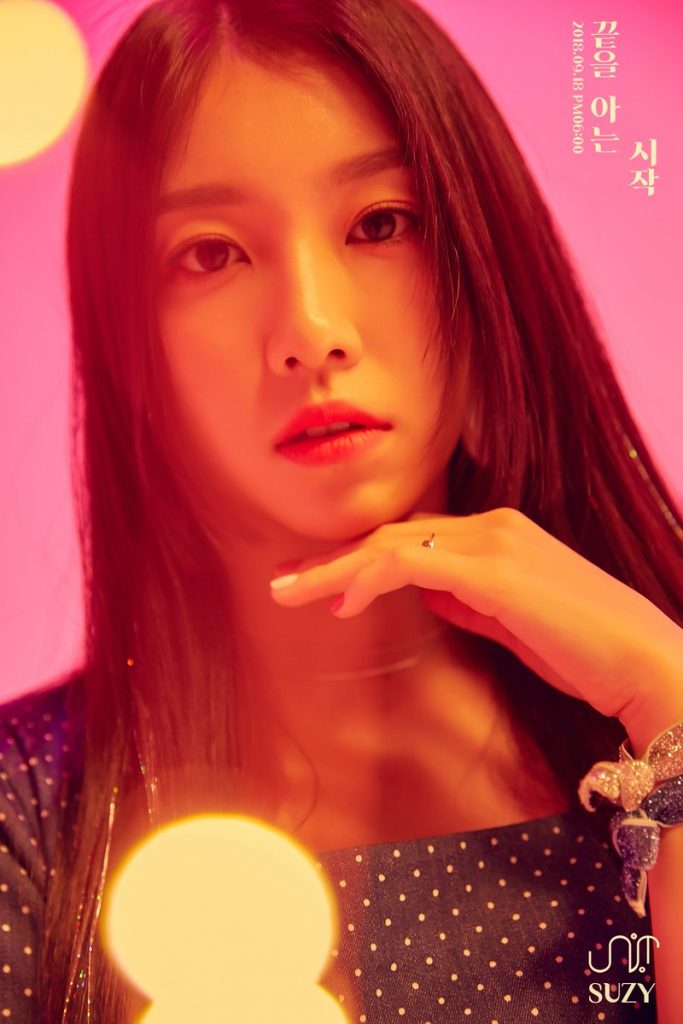 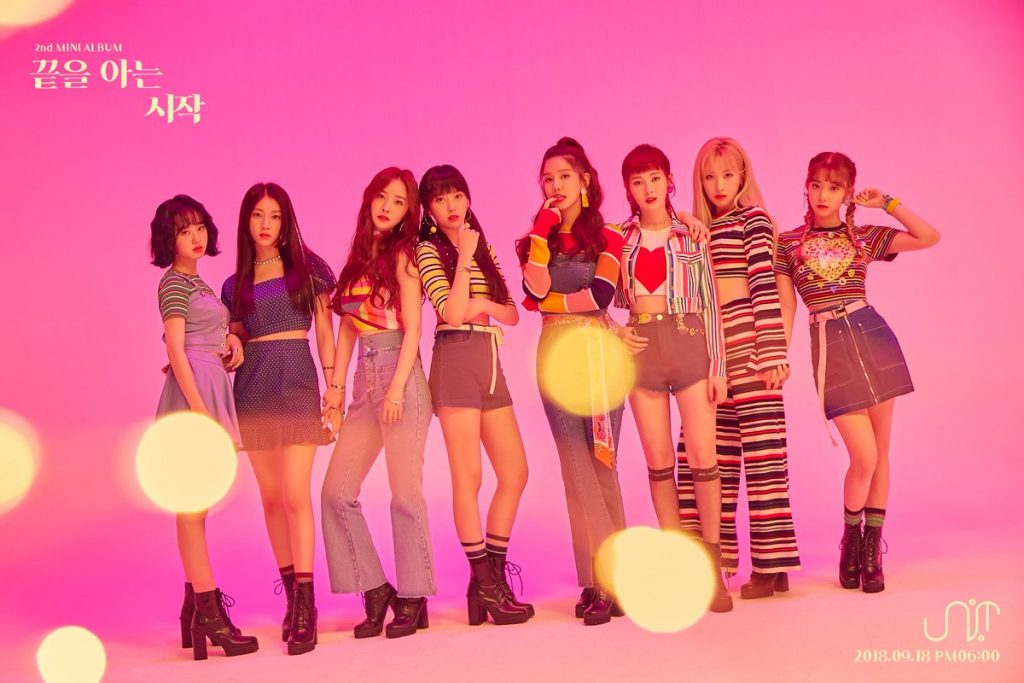 They have also released the tracklist and the lyrics spoiler for their pre-release track, ‘Begin With The End‘. This track will be released on September 15th. Meanwhile, this album itself has a total of 5 tracks including the title track, ‘I Mean‘ and its instrumental version, ‘Begin With The End‘, ‘Candy‘ and a bonus track, ‘Shine‘. 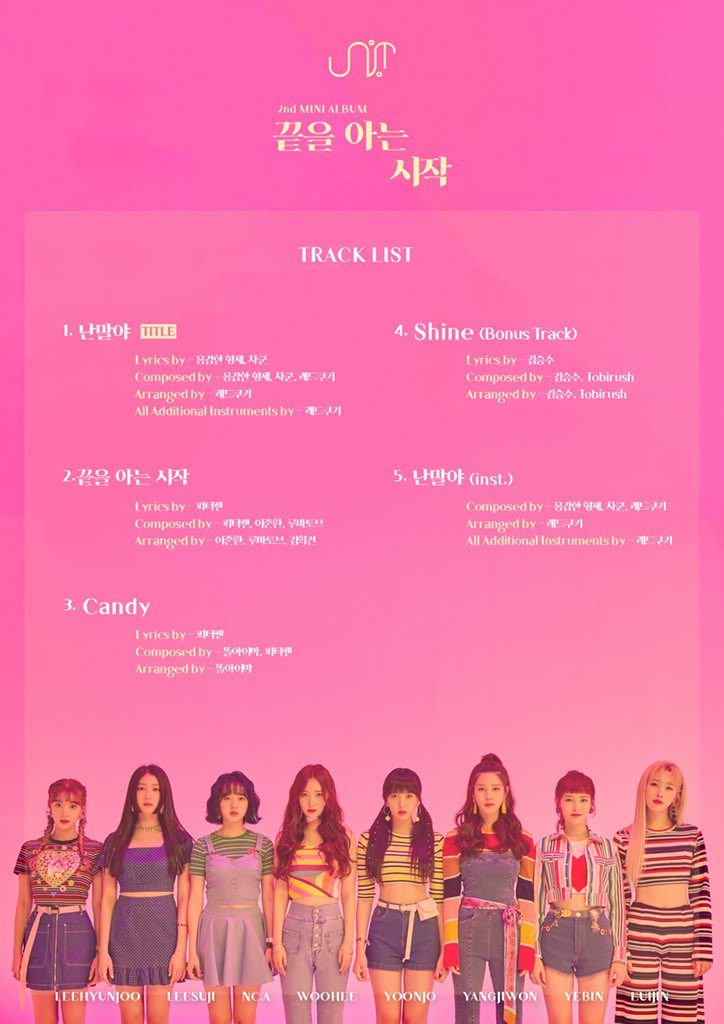 ‘Begin With The End’ Lyrics Spoiler 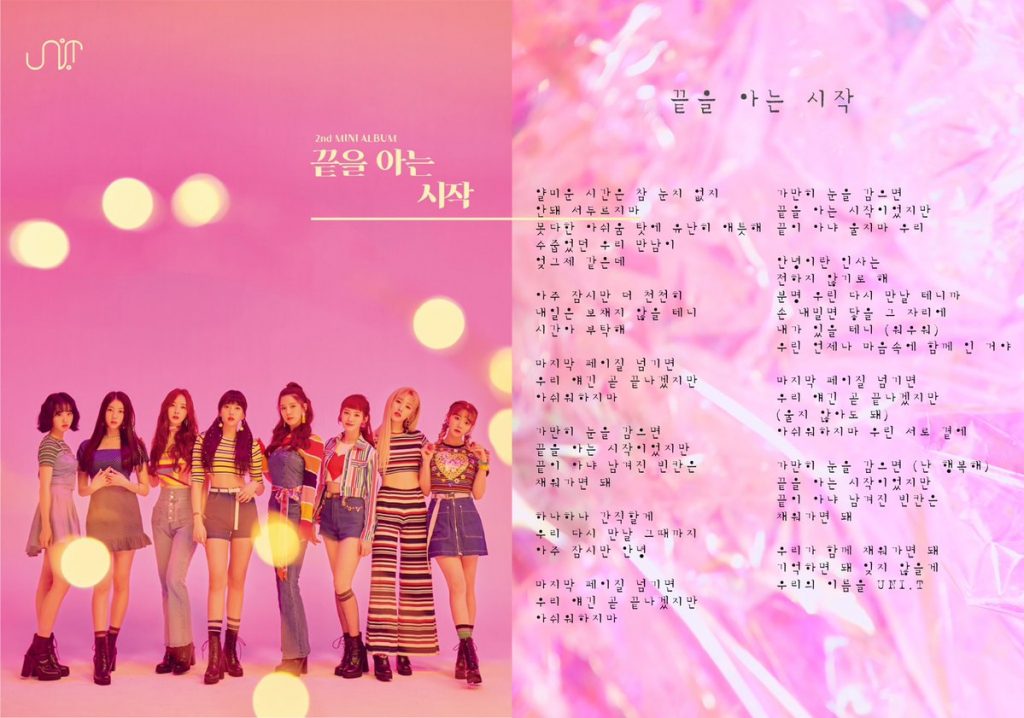 Meanwhile, they have also given fans a look into their upcoming album with a highlight medley. So the title track is quite upbeat and it brings out the best in their vocals. It also is a sound that goes well with their girl crush vibes. In particular, it may sound familiar to some. The reason is that they have actually given fans a preview of it a few months ago. Nevertheless, it is quite catchy to listen to, as well as a break section that has fans excited to see the dance for it. The ballad track, ‘Begin With The End‘ is definitely a great way to close this chapter and has fans reflecting on the good times. It is beautiful and it definitely allows fans to see just how talented they all are. ‘Candy‘ is also another ballad track with a melody that is quite soothing to listen to. Once again, we get to witness just how nice it is to listen to them sing. Meanwhile, the bonus track is a track that had done before it was part of the show. It is almost like a closure and reflection on the journey they went through.

Unfortunately, member ZN will not be participating in the group’s final album. The reason is that it clashes with her events with her group LABOUM. She will be doing her LABOUM activities and schedules in Japan. So, it definitely is unfortunate to hear this. Nevertheless, it was a great experience for her with UNI.T.

UNI.T is set to make their hot and final return on September 18th. Which track has caught your attention? Let us know in the comments below!

Scroll for more
Tap
LUCENTE hits you with amazing sounds in their latest ‘Your Difference’ teaser
S.I.S excites fans with the MV teaser for ‘Say Yes!’
Scroll
Loading Comments...