On November 27th, UP10TION released their ‘Clue‘ version of their official photo for ‘Laberinto‘. Check it out below! 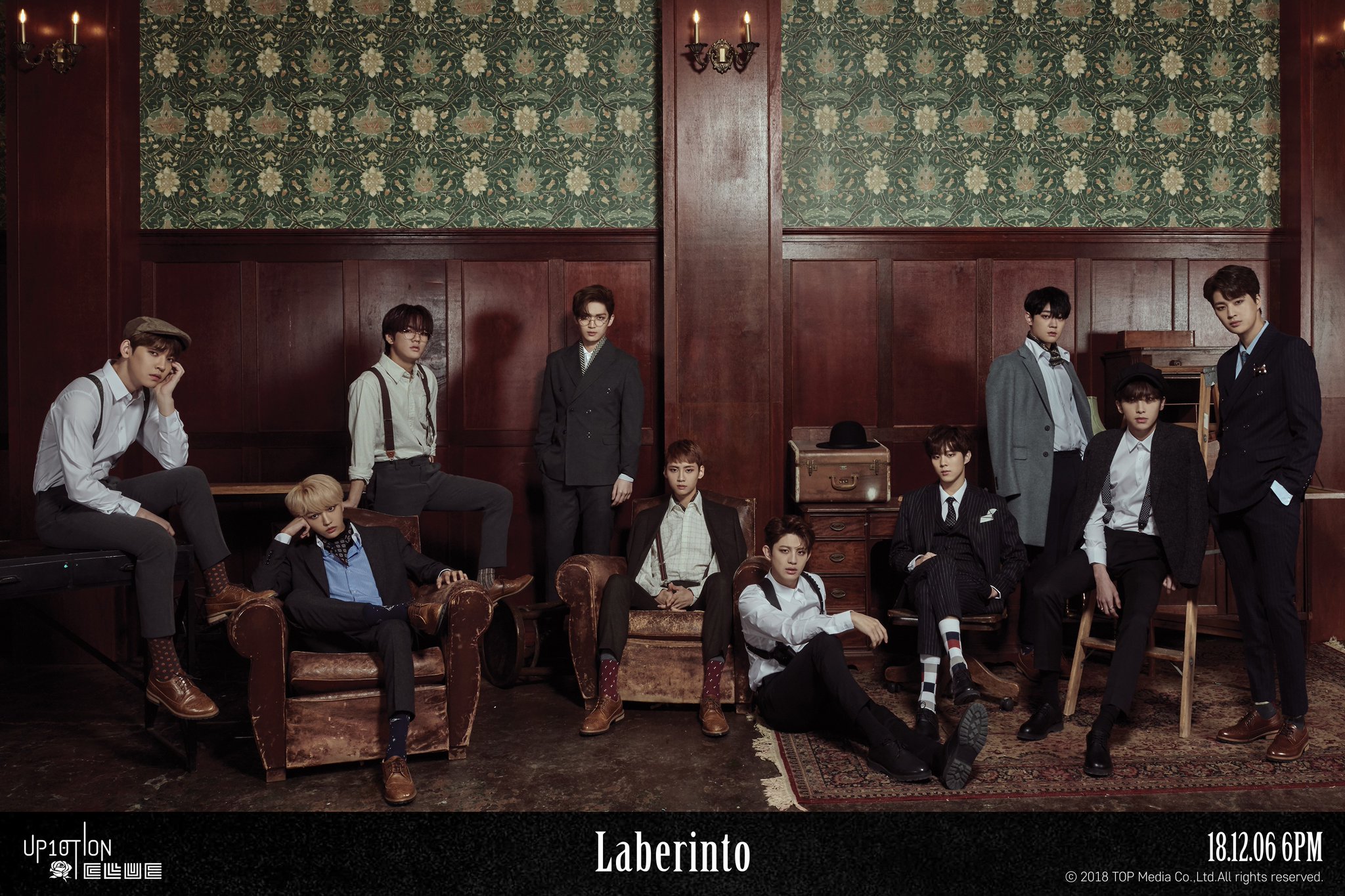 Similar to the previous ‘Crime‘ official photo, the group look cool and chic as they pose indoors. They look like detectives as they are decked out in suspenders, hats, blazers and trench coats. Furthermore, they are sitting on vintage worn-out leather couches. The room they are in also looks like a location out of the setting for a detective movie. It is furnished with Persian-style rugs and a nicely patterned wallpaper.

What do you think about UP10TION‘s ‘Clue‘ version official photo for ‘Laberinto‘? Let us know in the comments below.