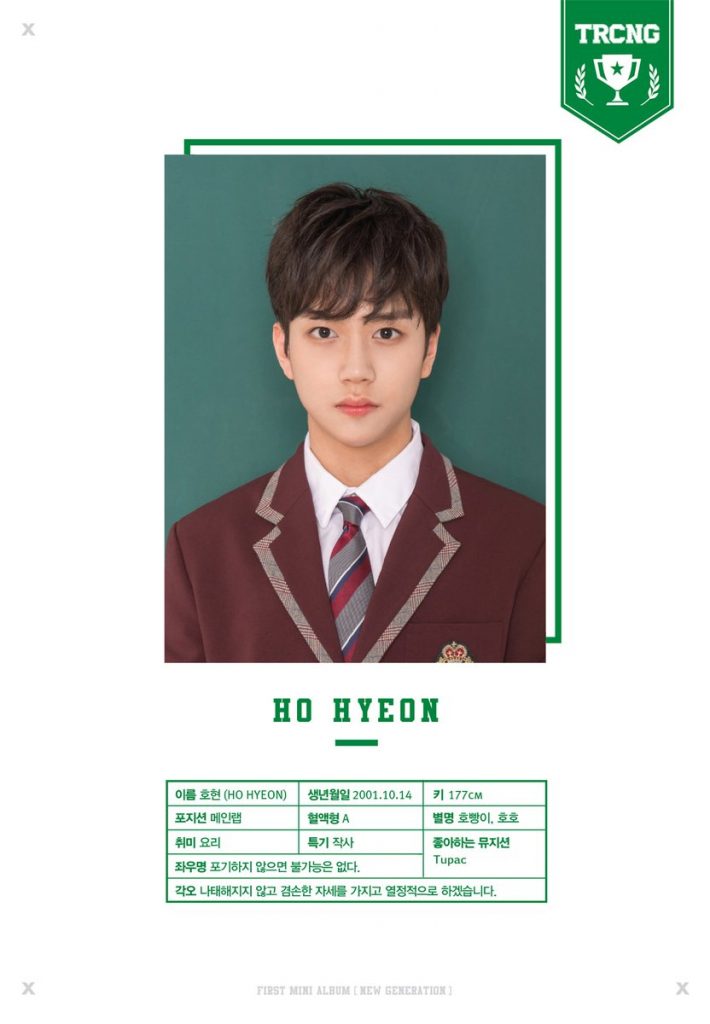 The first member to be introduced is Ho Hyeon. He is the main rapper of the group, who was born on October 14th 2001. He is 177cm tall with blood type A. He loves to cook and write lyrics. His favorite artist is Tupac. His life motto is: “As long as you don’t give up, nothing is impossible.” His final message is “I am also passionate and humble with everything I do so that I won’t become idle.” 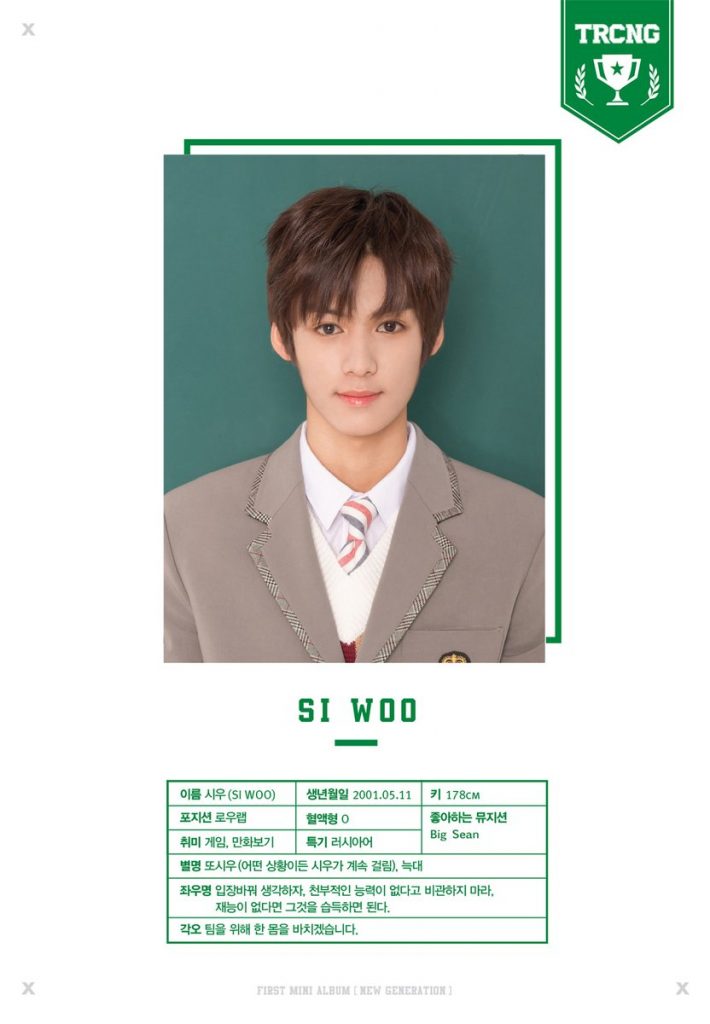 The next member is Si Woo. He is also the rapper of the group who was born on May 11th 2001. He is 178cm tall with blood type O. He enjoys to play games, as well as read comic books. He can also speak Russian and his favorite artist is Big Sean. His life motto is: “Try to see things from others’ point of view.” He believes that people shouldn’t be put down for not having natural talent, rather it is a thing that can be overcome through learning. His last message is “I will give it my all for the team!” 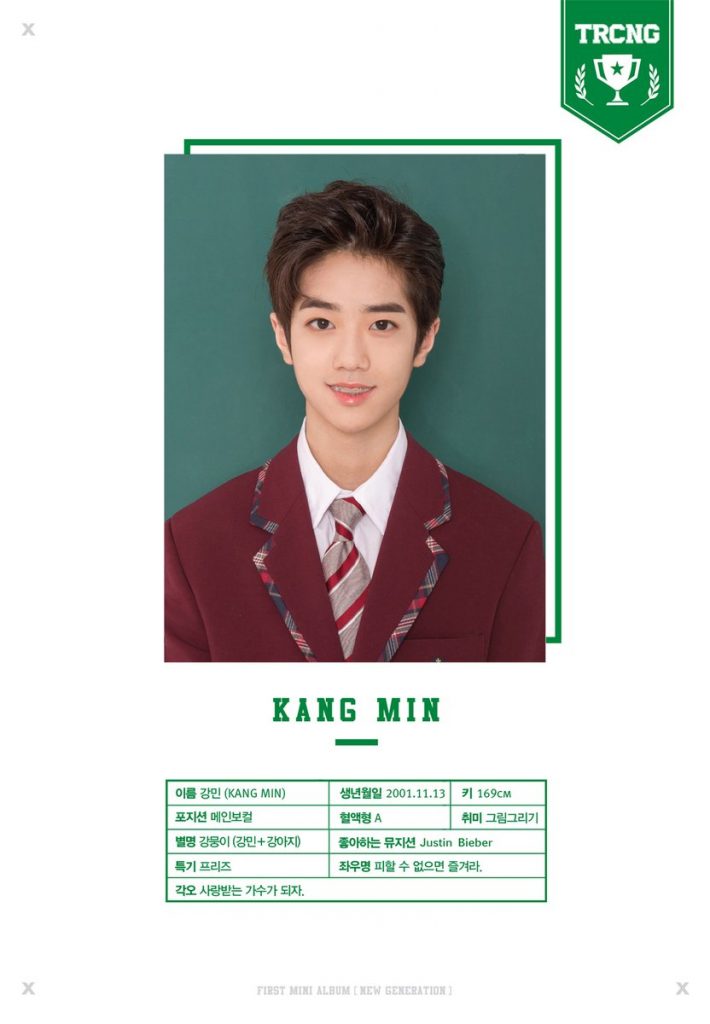 The final member to be introduced so far is Kang Min. He is the main vocalist and was born on November 13th 2001. He is 169cm with blood type A. He loves to draw. His favorite artist is Justin Bieber. His life motto is “If you can’t avoid it, then enjoy it.” His final message is “I want to become a singer who will be loved by others.”

What do you think about the members so far? More profiles will be released in the upcoming days. So, stay tuned to Officially Kmusic for more updates on TRCNG. Meanwhile, the boys will make their debut on October 10th!

Scroll for more
Tap
K.Will has dropped the highlight medley for ‘Nonfiction’
P.O of Block B releases more teasers!
Scroll