On March 6th VAV released information about their upcoming album! The boy group will be making their comeback with mini album ‘Thrilla Killa‘.

VAV will have their comeback on the 19th. Check out the scheduler below! 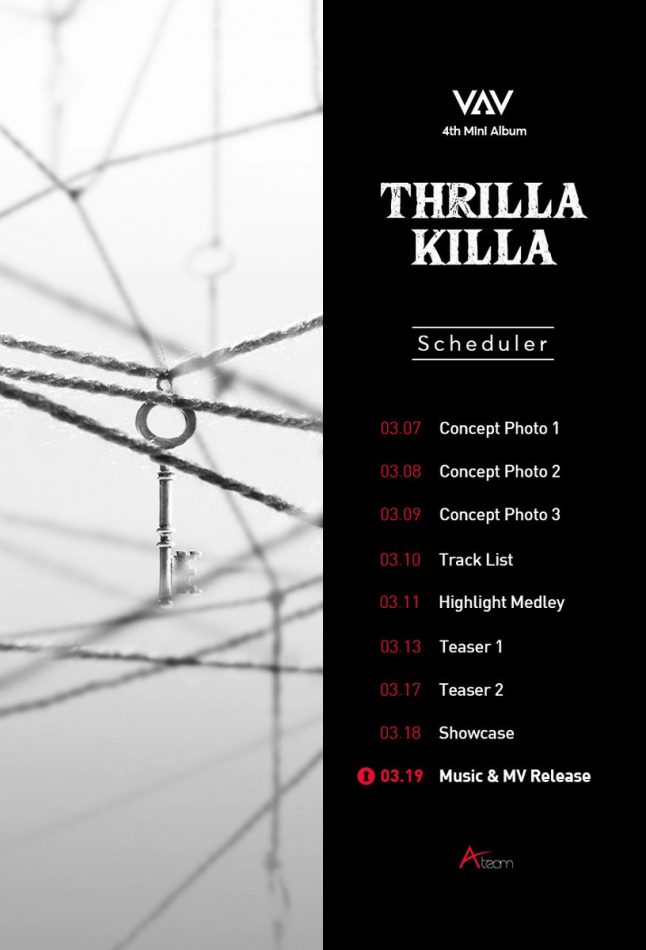 The scheduler s in black and white matching with the title! The dates in the scheduler are as follows:

VAV‘s latest release was a sweet Christmas song ‘So In Love‘! There’s no doubt that the boys will show completely different side of them for ‘Thrilla Killa‘!

Are you looking forward to VAV‘s comeback? Tell us in the comments below!

Support VAV and keep following Officially Kmusic for the latest in music news!