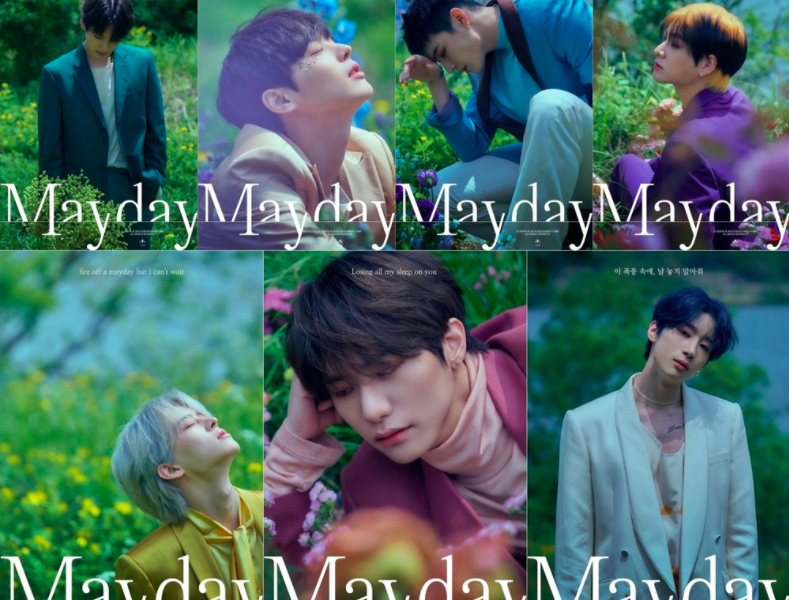 Check out the image teasers for the ‘Venez‘ version of ‘Mayday‘ below!

While the top two individual image teasers are colourful, they still create a somber atmosphere because they are dull instead of vivid. The other teasers are darker. All the members have very stoic facial expressions, further reinforcing the melancholic atmosphere.

What do you think about VICTON‘s individual image teasers for ‘Mayday‘? Let us know in the comments below.