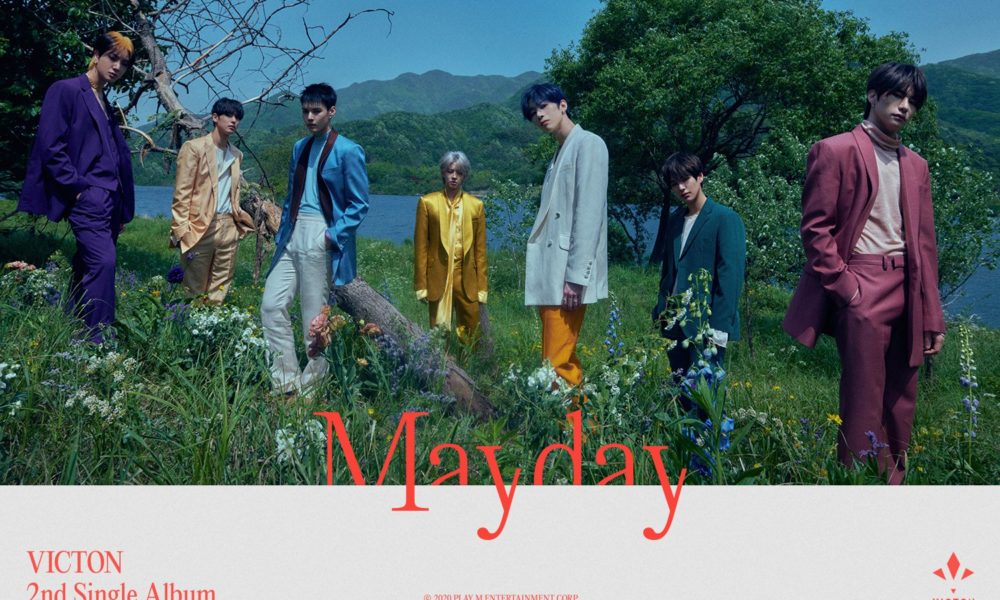 Check out the image teasers for the ‘Venez‘ version of ‘Mayday‘ below!

The members are all wearing different coloured outfits and sporting brand new hairstyles. Most notable is Hanse who has orange and black hair, Sejun with an undercut, and Subin with platinum blonde hair. The group is posing in a grassy area with the blue lake shining behind them.

What do you think about VICTON‘s image teasers for ‘Mayday‘? Let us know in the comments below.