Wanna One continues to tease for their upcoming repackaged album, ‘1-1=0 (Nothing Without You)‘. For this comeback, the boys will be telling a heartfelt story. To get fans hooked, they have revealed the ‘Beautiful‘ trailer. On top of that, they also have released each member’s individual image teasers. So, check that out below!

A continuation of the prologue video, we get to see the grown-up Wanna One members’ interaction with one another. It is clear that each member is undergoing their own problems, yet they continue to stick by one another, creating lovely memories along the way. The track that is played help builds up the tension in the fighting scenes.

However, it surely puts a smile on Wannable‘s face as they see their boys have an amazing time with one another and the cake. It may be possible to understand why Minhyun and Seongwoo were not present in the photo in the previous video. These two members were seen blowing the cake and saluting. It may be an indication that the boys have succeeded. What do you think? Also, be sure to check out each member’s image teaser. 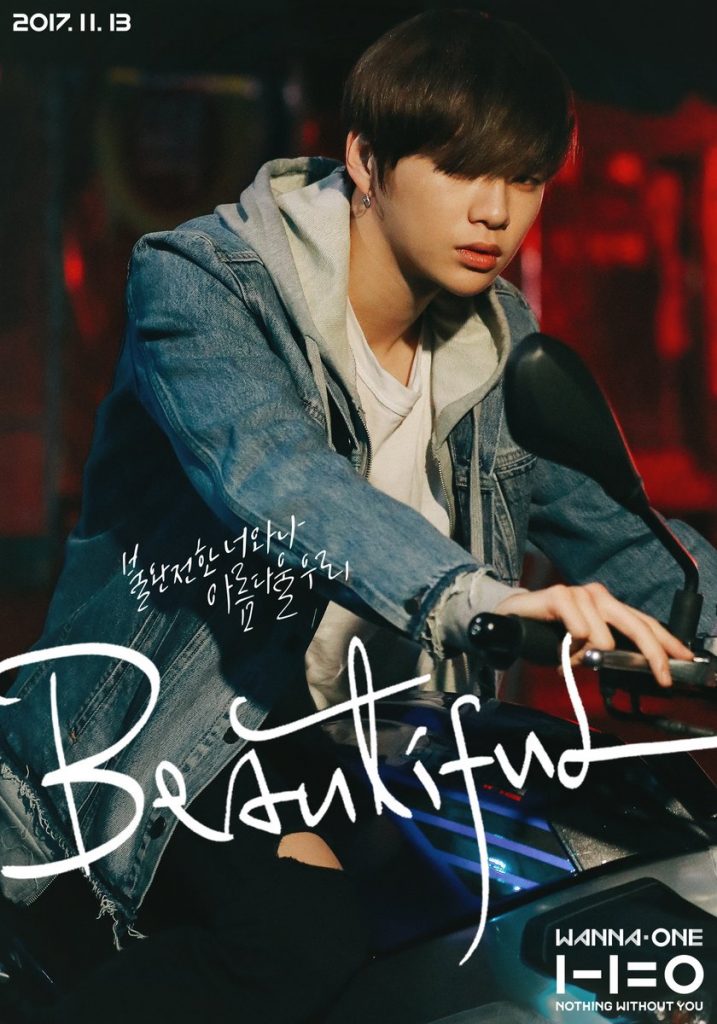 As the whole teaser is shown, everything is connected; even the image teasers are telling their own stories. In Kang Daniel‘s image, he is sitting on the motorbike, looking very fierce and strong. This is contrary to what was seen in the trailer. However, from the trailer, it surely showed that Daniel is one who won’t get beaten just by a hit! 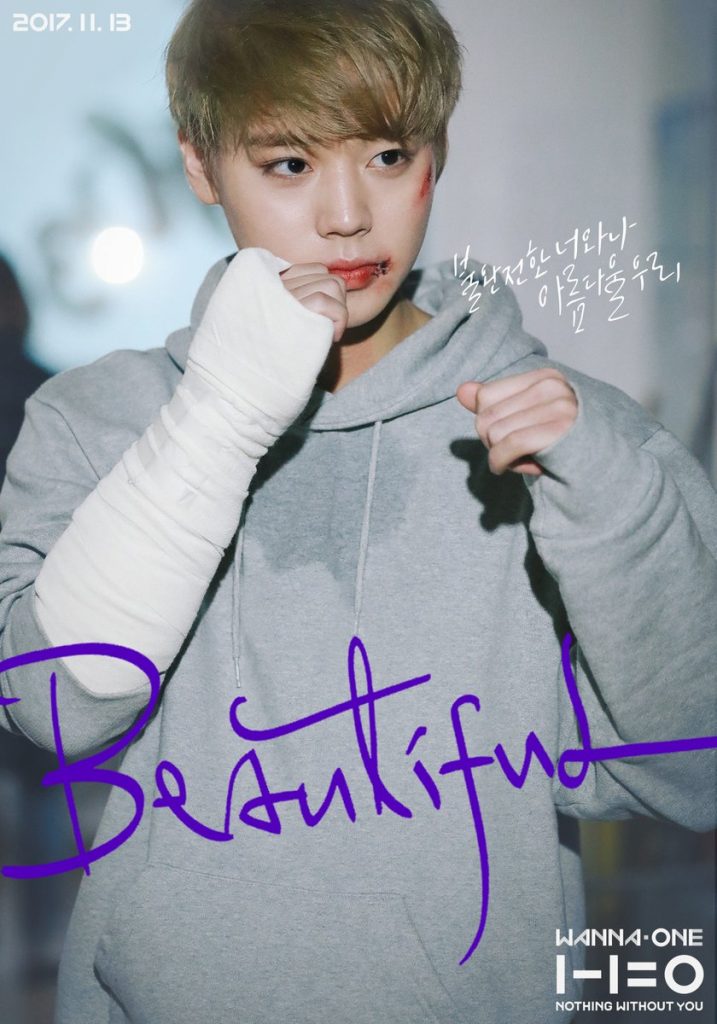 The next member is Park Ji Hoon. Once again, he is in a bad condition and he was badly hurt from the previous ‘Beautiful’ teaser. However, even though he is hurt, he has a look of determination, showing off a side that fans don’t normally see but are happy to see it! 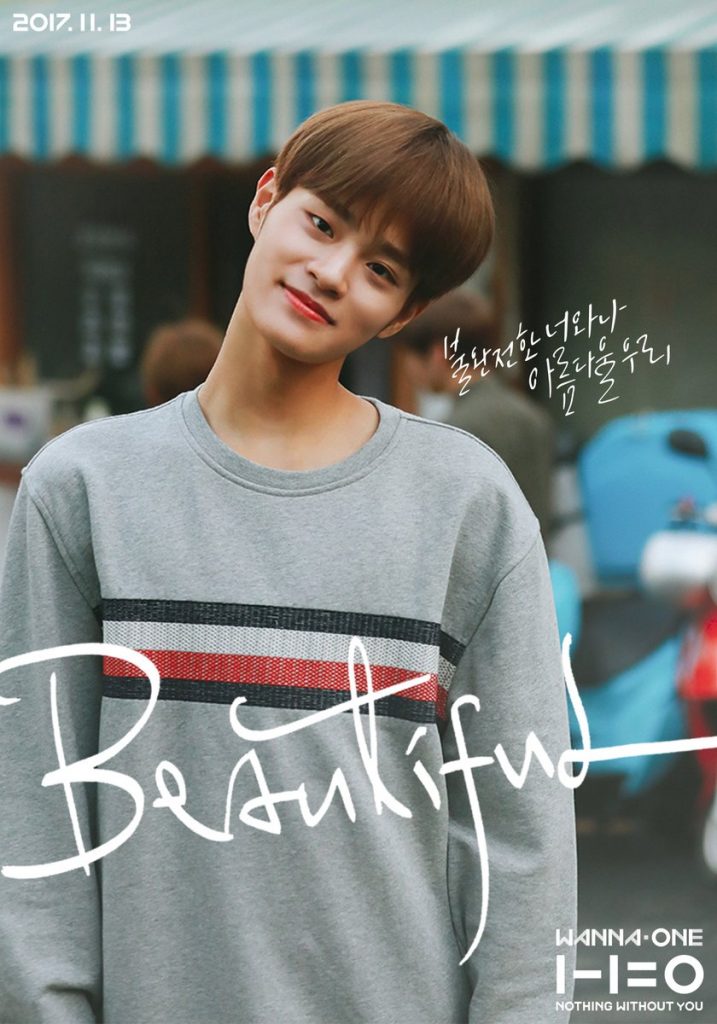 Lee Dae Hwi looks too adorable in his image teaser. He has an amazing smile and it surely has fans forgetting the harsh reality of this ‘Beautiful’ movie. Some of the other members are seen in the background of his image. 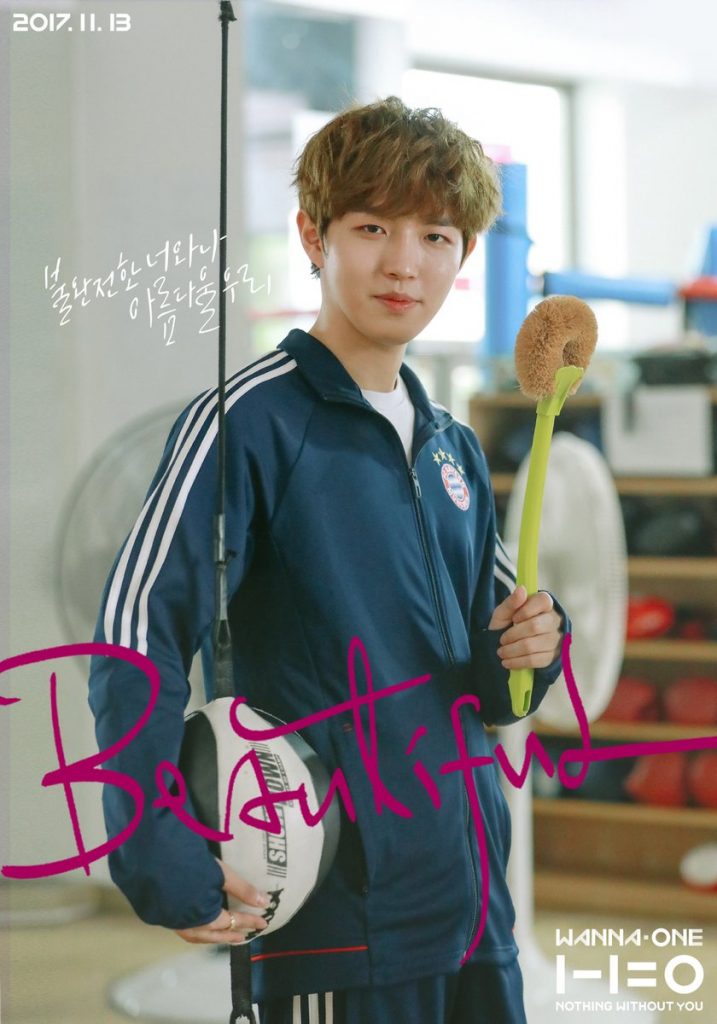 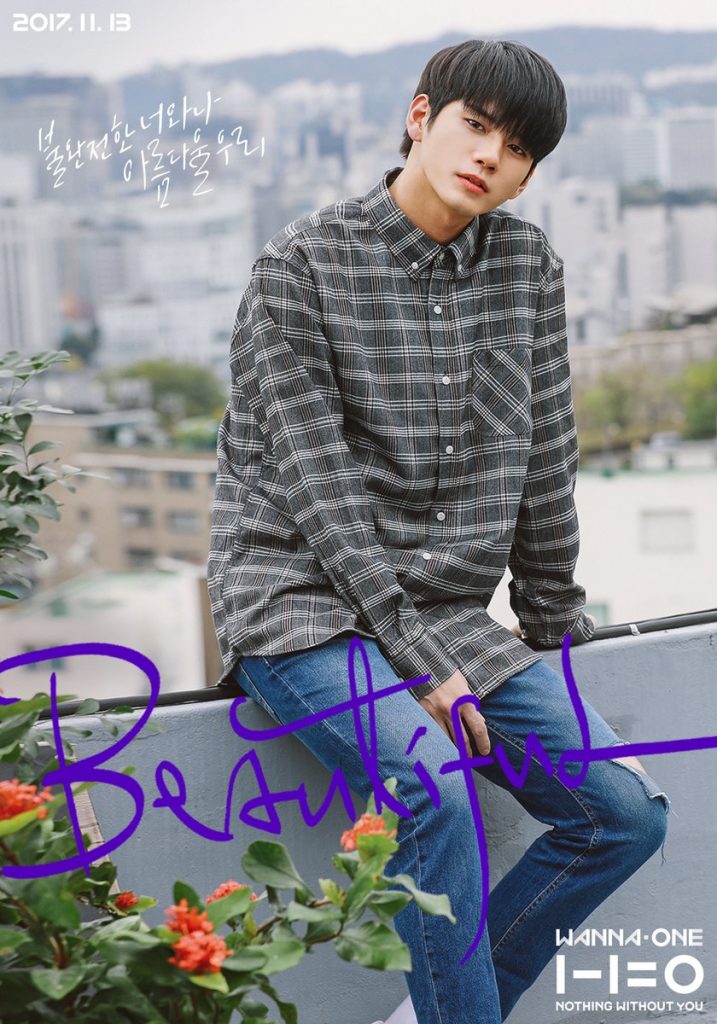 Ong Seongwoo is looking charismatic in his image. He has a look that has fans swooning. The atmosphere and scenery surrounding him are quite calming. The words that accompany all the image teasers is “You and I, who are incomplete, are beautiful.” 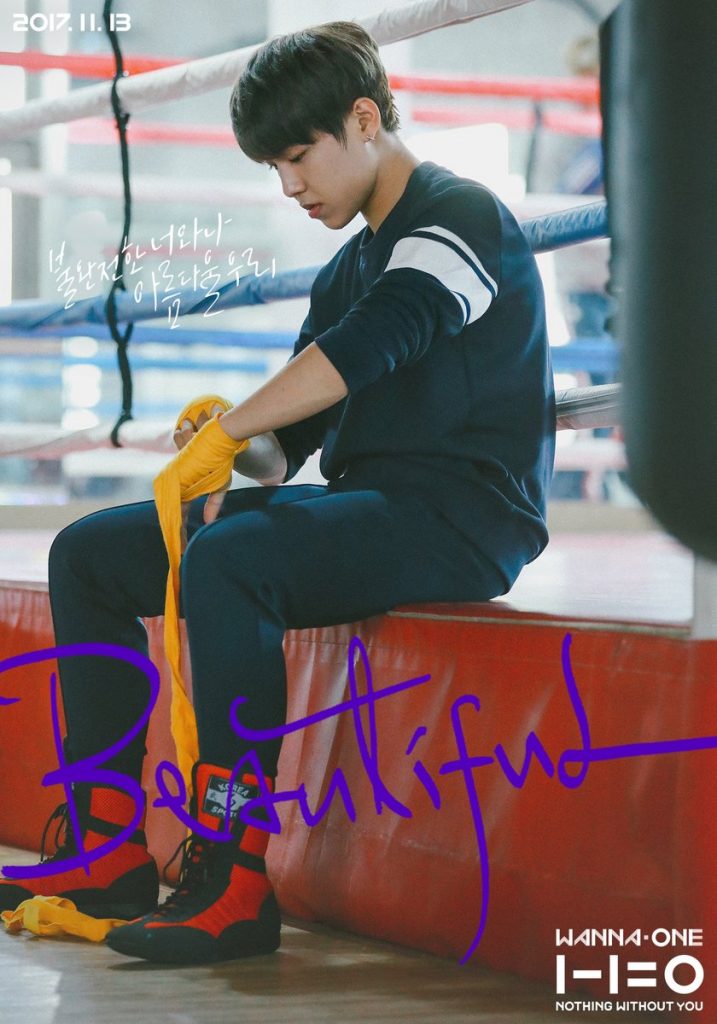 Park Woo Jin is seen working hard around the boxing training centre. In particular, he is wrapping his hand, in preparation for his fight. He looks quite manly in this image, which is quite different to the usual smile we see on his face. 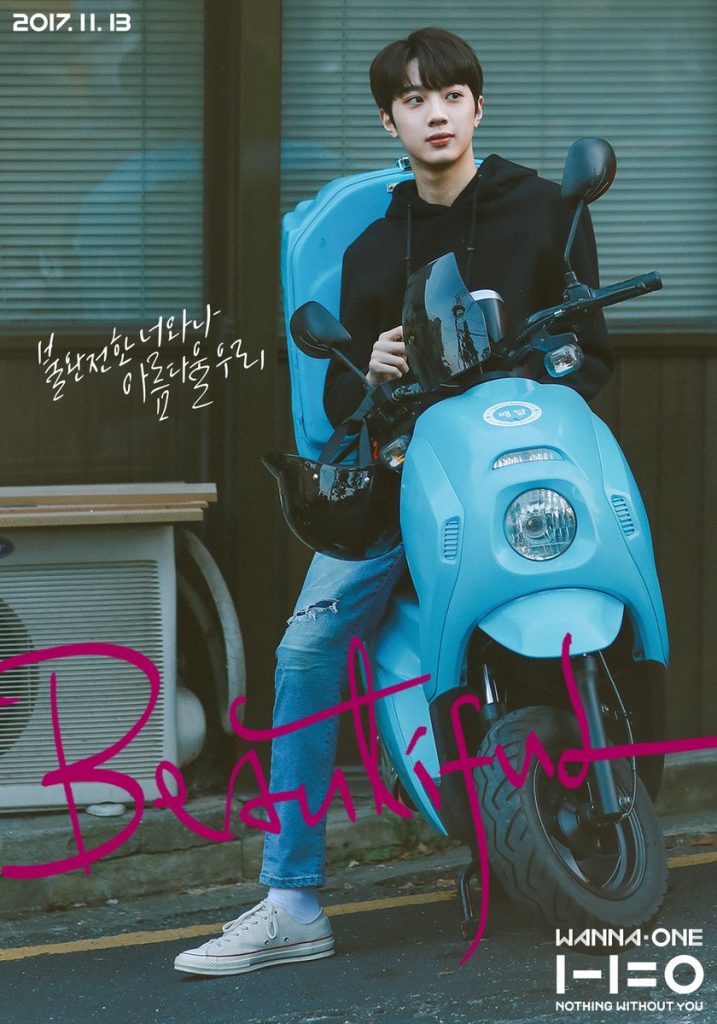 Lai Kuan Lin is looking amazing on that cute scooter bike. It is the bike that is featured in Dae Hwi‘s image. The bike suits Kuan Lin so well and he just looks like a natural on it. 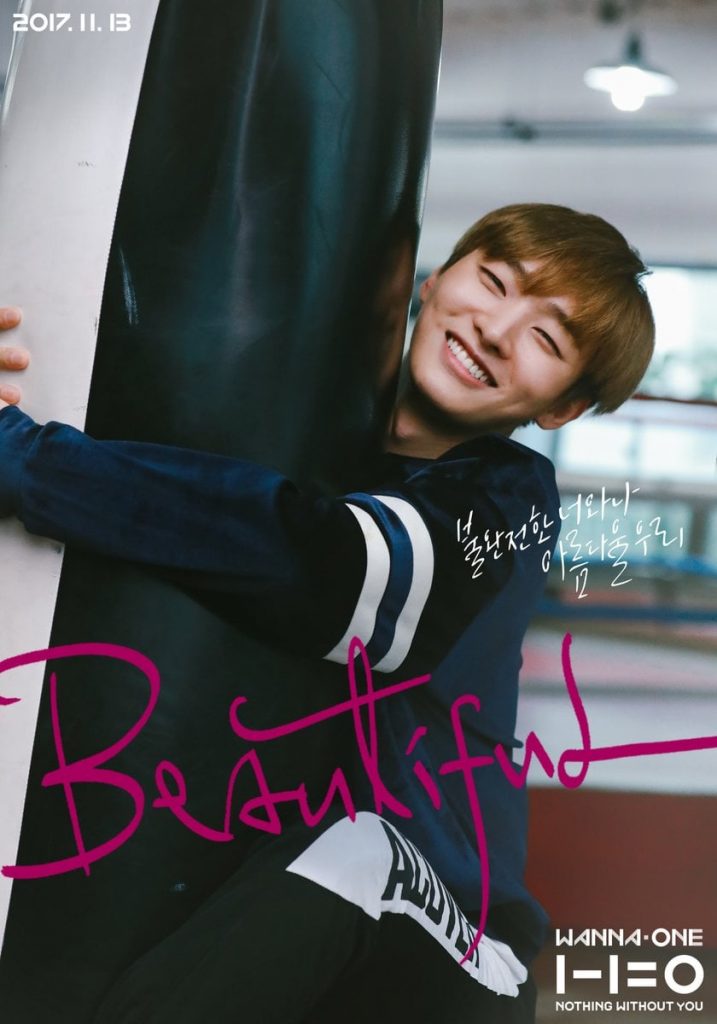 Meanwhile, Ji Sung looks adorable as always. He has a smile that can light up so many worlds. It is the kind of smile that would get anyone happy. It almost feels like he has no care and is so relaxed. 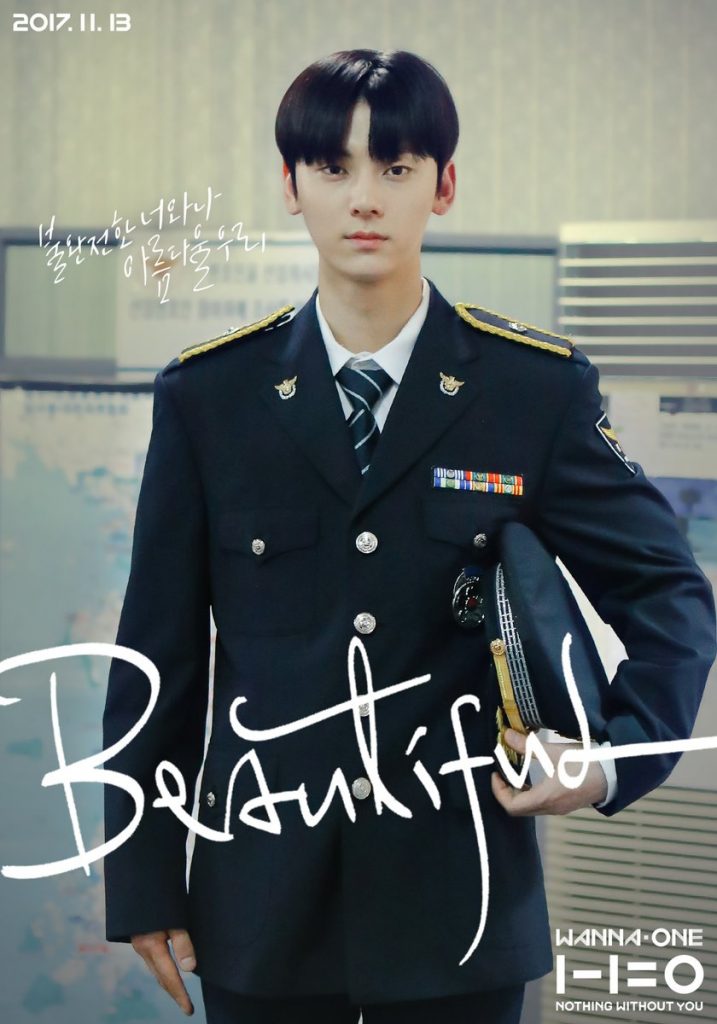 Meanwhile, Hwang Minhyun is all dressed up in a military outfit. This may be a reason why we did not see him in the final image where only nine of the members are in. It could be that Minhyun is busy with his military service. 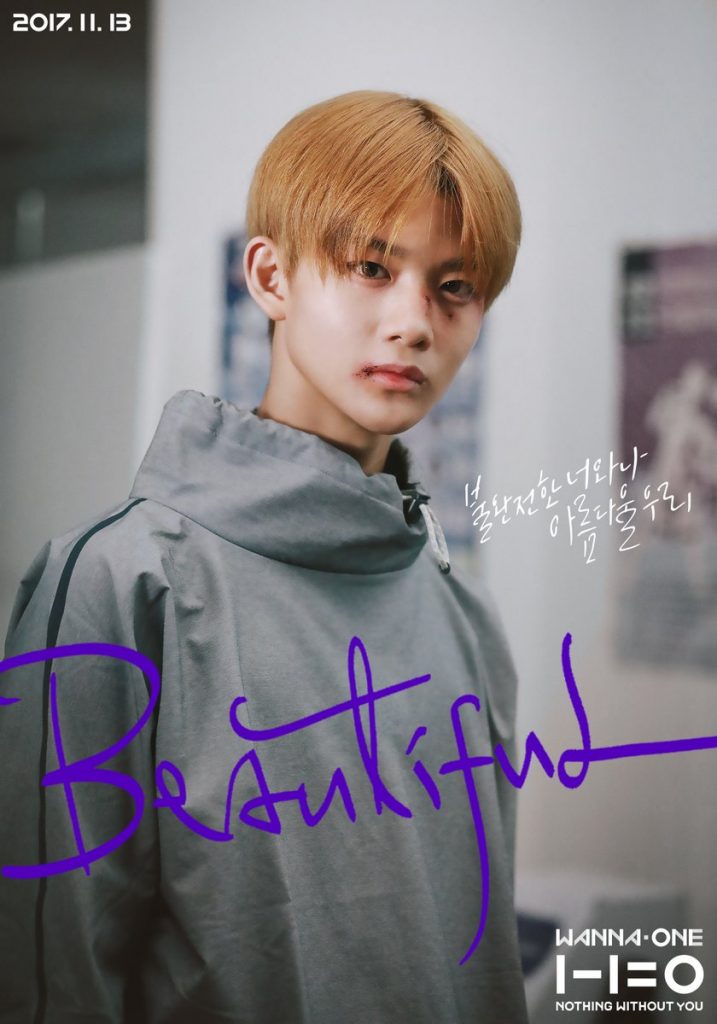 Bae Jinyoung also is seen with some scratches on his face. It isn’t the kind of look that one wants to see on Jinyoung. However, it does make him look quite manly and tough. Wannables definitely are waiting for a happy ending for this movie story of ‘Beautiful‘. 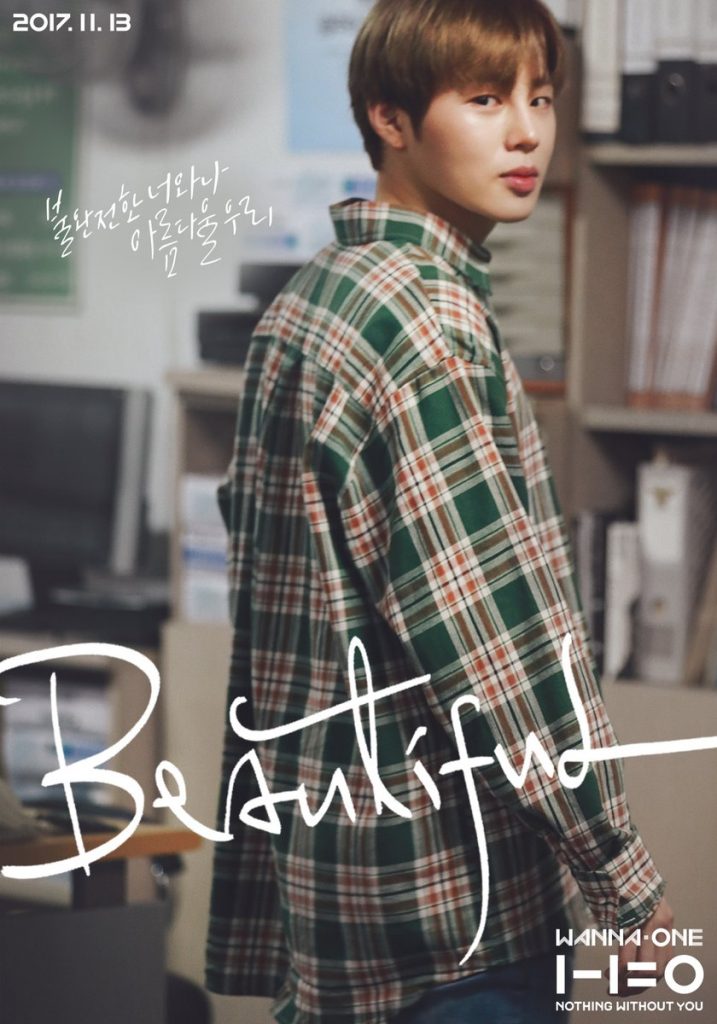 Finally, we have Ha Sung Woon who looks amazing. It is quite difficult to see where he is. Is it where he is working? Or is it the police station? Well, one thing for sure is that Sung Woon has fans melting at the sight of him!

Meanwhile, Wanna One will make their return on November 13th! What do you think about their ‘Beautiful‘ concept so far? Let us know in the comments below!