Wanna One make fans anticipate their comeback with an MV teaser, highlight medley and track list

Wanna One make fans anticipate their comeback with an MV teaser, highlight medley and track list

Wanna One has just dropped the MV teaser for ‘켜줘(Light)‘, the highlight medley for their upcoming album ‘1÷x=1 (UNDIVIDED)‘ and its track list. The highlight medley is also their album preview, where fans can sample the songs on the album. The track list contains all the song details of the tracks on the new album. The MV and full album will be released on June 4th at 6pm KST. Furthermore, the group will be embarking on a world tour, <ONE: THE WORLD> early next month. They will be touring in 14 countries for three months.

Check out the MV teaser for 켜줘(Light) below!

In the teaser, each individual member is shown against a different background. Even though the song sounds upbeat, the MV itself seems quite dark as the members look somewhat distressed. Fans can also see the point choreography at the end. The visual effects are pleasing, especially when some of the boys run along a bed of flowers and among the clouds.

Check out the highlight medley for the album below!

The highlight medley effectively makes Wannables hyped for the comeback. Fans can hear every song on the album, but only a small snippet of it. Prior to the release of all the teasers, the group had already teased fans with separate units that would collaborate with different artists in the industry such as Zico, Nell, Dynamic Duo and Heize. Fans can finally get a taste of what the collaborations sound like. By the sounds of it, it already sounds like an amazing album!

Check out the track list for the album below! 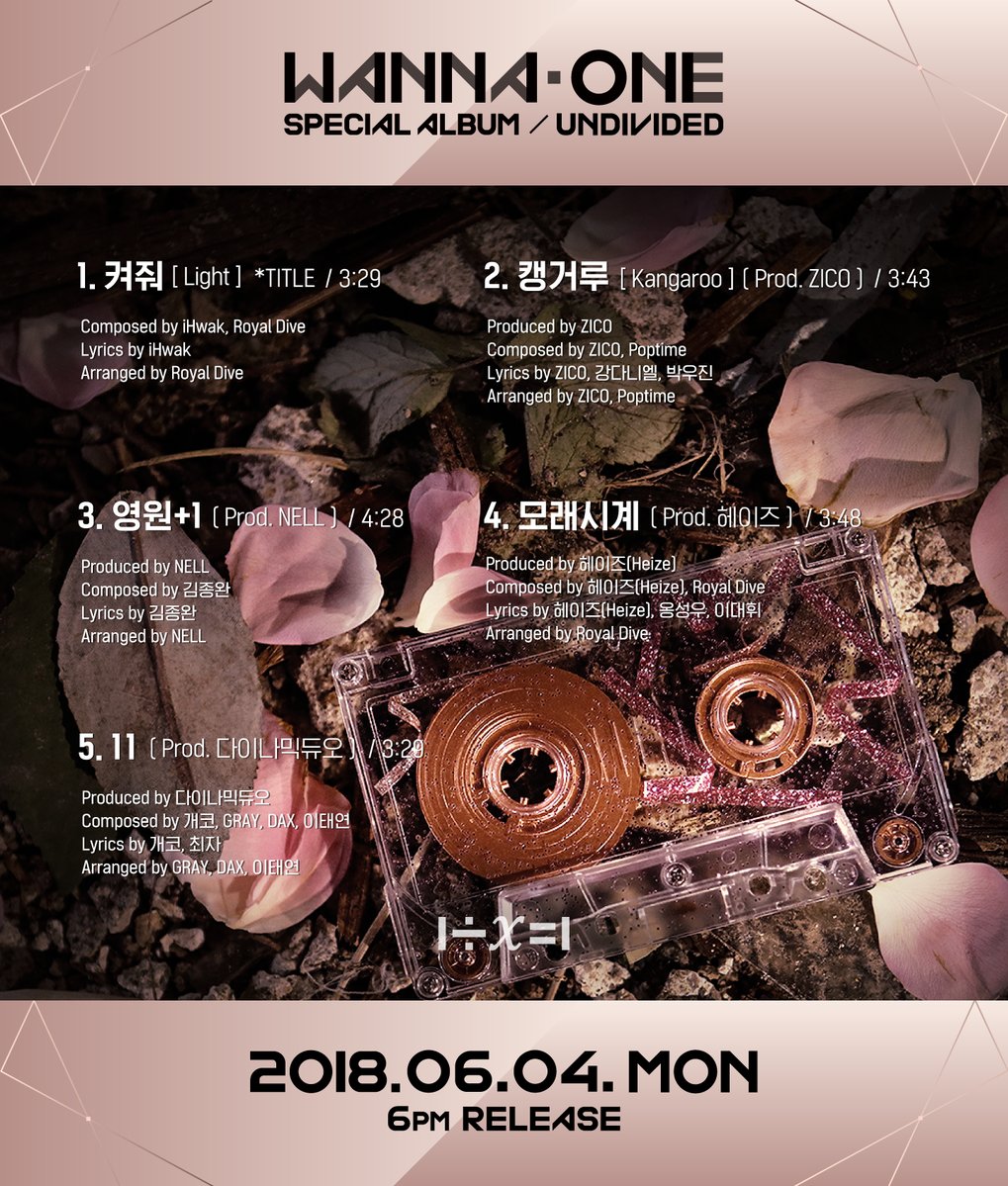 The track list provides the songwriting and production details of the album.

What do you think of all the teasers that Wanna One has released for their upcoming comeback? Are you excited? Let us know in the comments below!