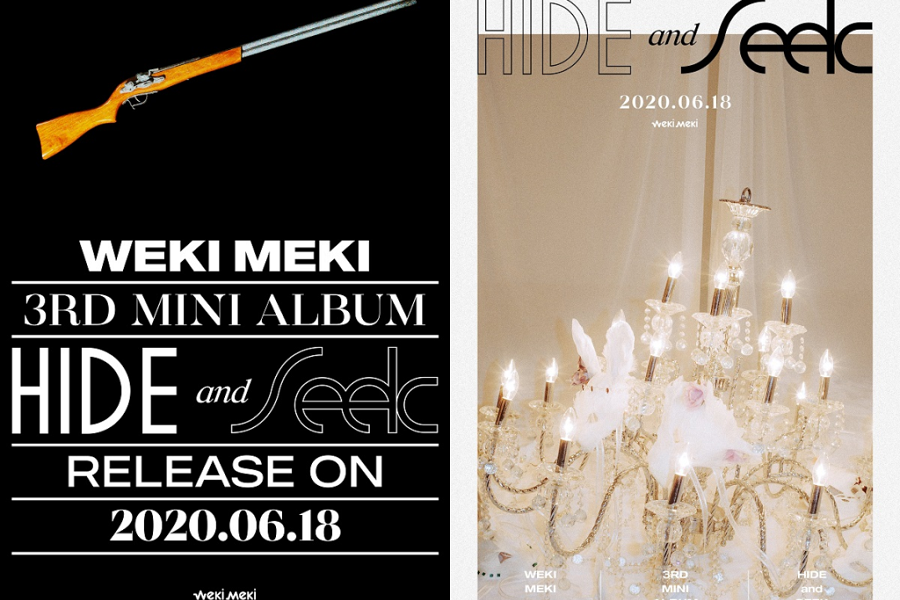 On May 29th, Weki Meki released two comeback teasers announcing their 3rd mini album comeback, ‘Hide and Seek’. Check them out below!

The first teaser image shows a fallen lit chandelier in a white draped room. A rabbit is then found sitting on top of the light fitting. The second teaser image is a stark contrast, with a black background and features a rifle on the top. The two images could be conducted in terms of the hide and seek between a gun chasing a rabbit, but it could also be something else.

This comeback will mark the group’s return in only four months since their first digital single release, ‘Dazzle Dazzle’ back in February this year. Furthermore, this is going to be the group’s first mini album comeback in over two years as their last mini album was back in February 2018 with ‘Lucky’ featuring the title track, ‘La La La’. Ever since then, the group has only released single albums or digital singles, hence fans are very excited to get more music from the girl group.

Weki Meki‘s 3rd mini album, ‘Hide and Seek’, will be released on June 18th, 6PM KST! How do you feel about the group’s upcoming comeback? Let us know in the comments below!