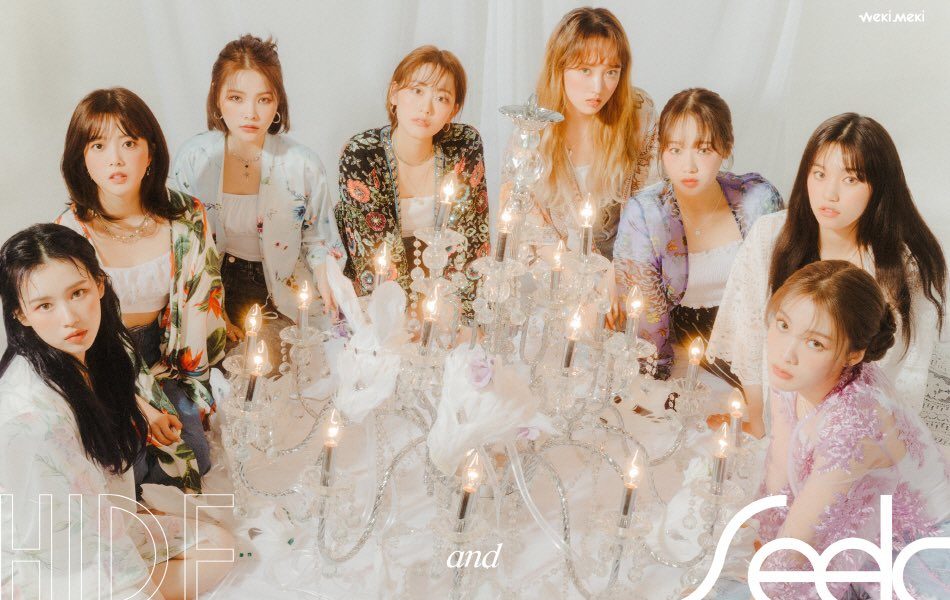 On June 13th, Weki Meki released the highlight medley for their upcoming 3rd mini album, ‘Hide and Seek’. Check it out below!

The mini album will contain five tracks with a mixture of upbeat tracks with title track, ‘Oopsy’ and ‘Moya Moya’. There are also more vocally driven and mellow songs such as ‘The Paradise‘ and ‘Youniverse’. One thing to note is the group’s previous comeback single, ‘Dazzle Dazzle’, released in February this year is also part of the track list in this album. The single was only released digitally at the time, however fans can now buy a physical copy of the album with the track included.

From the listing, member Suyeon has writing credits towards the track, ‘The Paradise’, thus making her the second member in the group to have contributed towards the group’s album production, after Yoojung has in previous albums.

The writers on the title track, and in the album in general have rarely or never been seen in the group’s previous releases, so it will be interesting to hear the full tracks and their interpretation of the group’s sound.

How do you feel about the girl group’s upcoming comeback? Let us know in the comments below!