On May 10th, WINNER revealed their track list for upcoming mini album ‘WE‘, which will be releasing on May 15th. Check them out below! 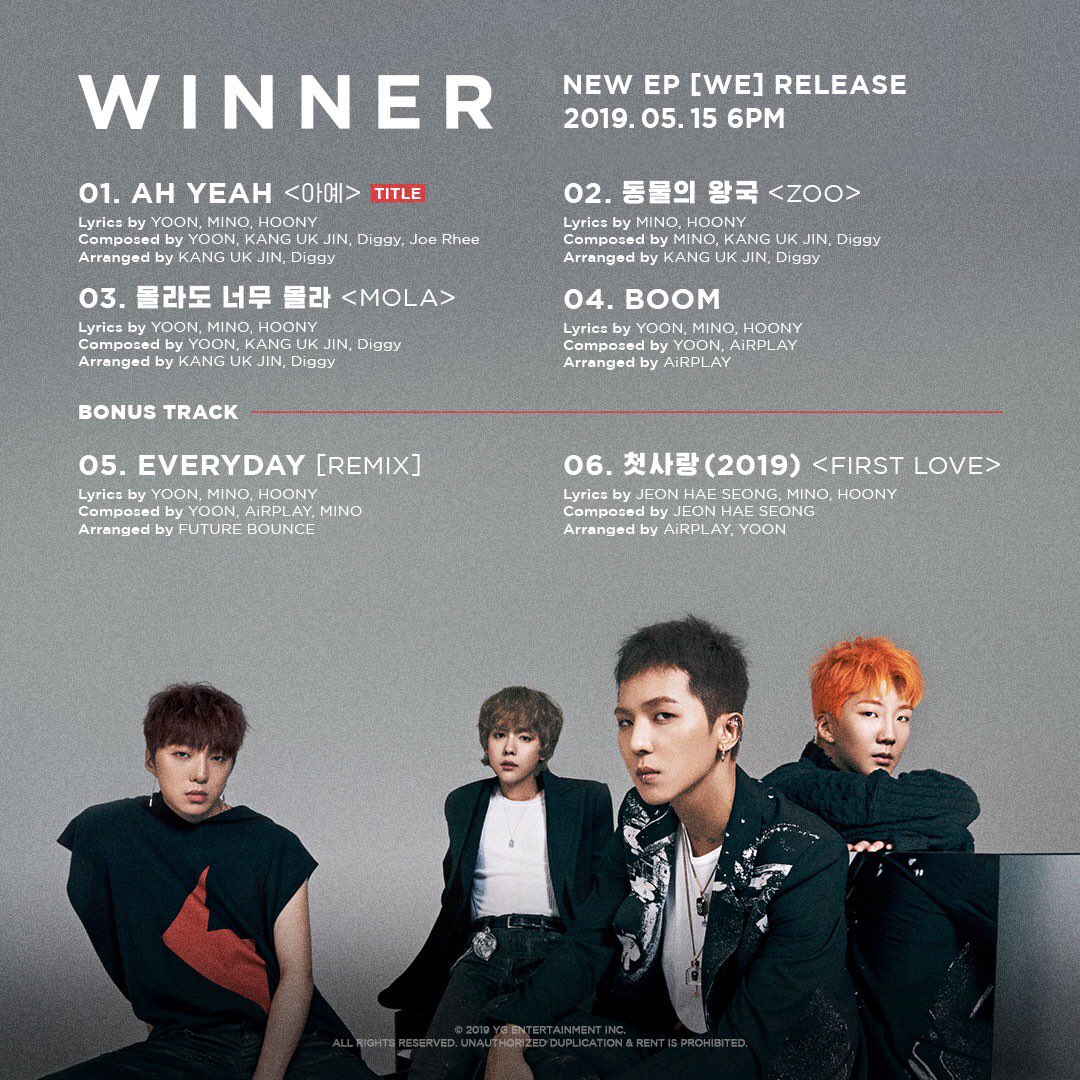 The mini album includes four tracks: title track ‘Ah Yeah‘, ‘Zoo‘, ‘Mola‘ and ‘Boom‘, and an additional two bonus tracks ‘Everyday (Remix)‘ and ‘First Love‘. All the songs have been composed at least one of the members themselves, except for the last bonus track. Nevertheless, the members have participated in the making of every song.

Fans are extremely excited to see what WINNER will come back with on May 15th. Their last full comeback was more than a year ago with title track ‘Everyday‘ and album ‘EVERYD4Y‘. However, they released the single ‘Millions‘ on December 19th last year. Stay tuned!

What do you think about WINNER‘s track list for ‘WE‘? Let us know in the comments below.