On November 14th, Mino from WINNER released a teaser poster for first solo album ‘XX‘. The next day, he announced that the title track of his solo debut would be ‘Fiancé‘ with a new teaser image. He will make his solo debut on November 26th. 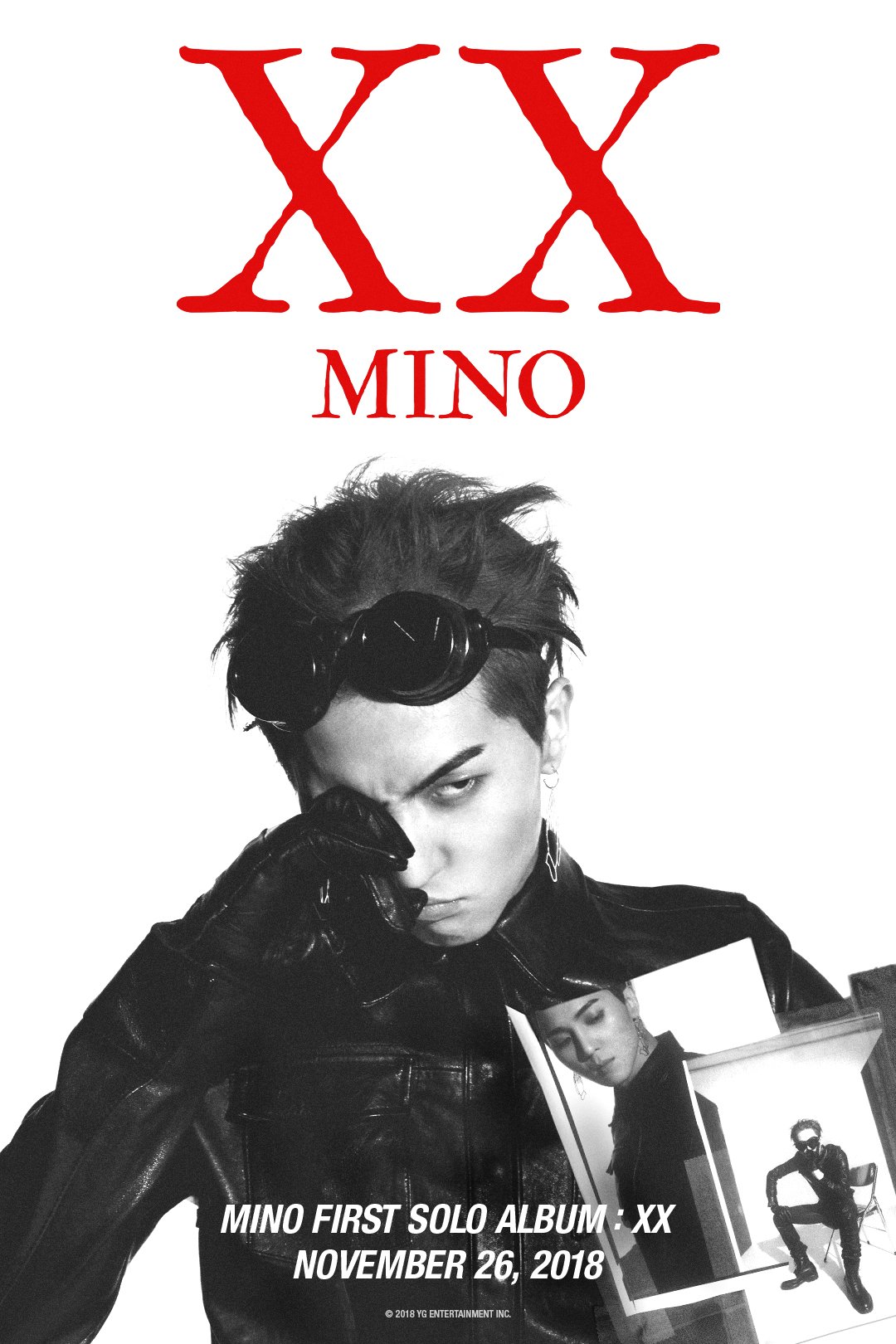 The teaser poster is reminiscent of a movie/film poster. It is in black-and-white except his name and the title of the solo album at the top, which is labelled in red block letters. Mino is wearing a leather jacket with black goggles, making him look cool and chic. At the bottom right corner, we can see two images that we saw in previous teasers for his solo debut. 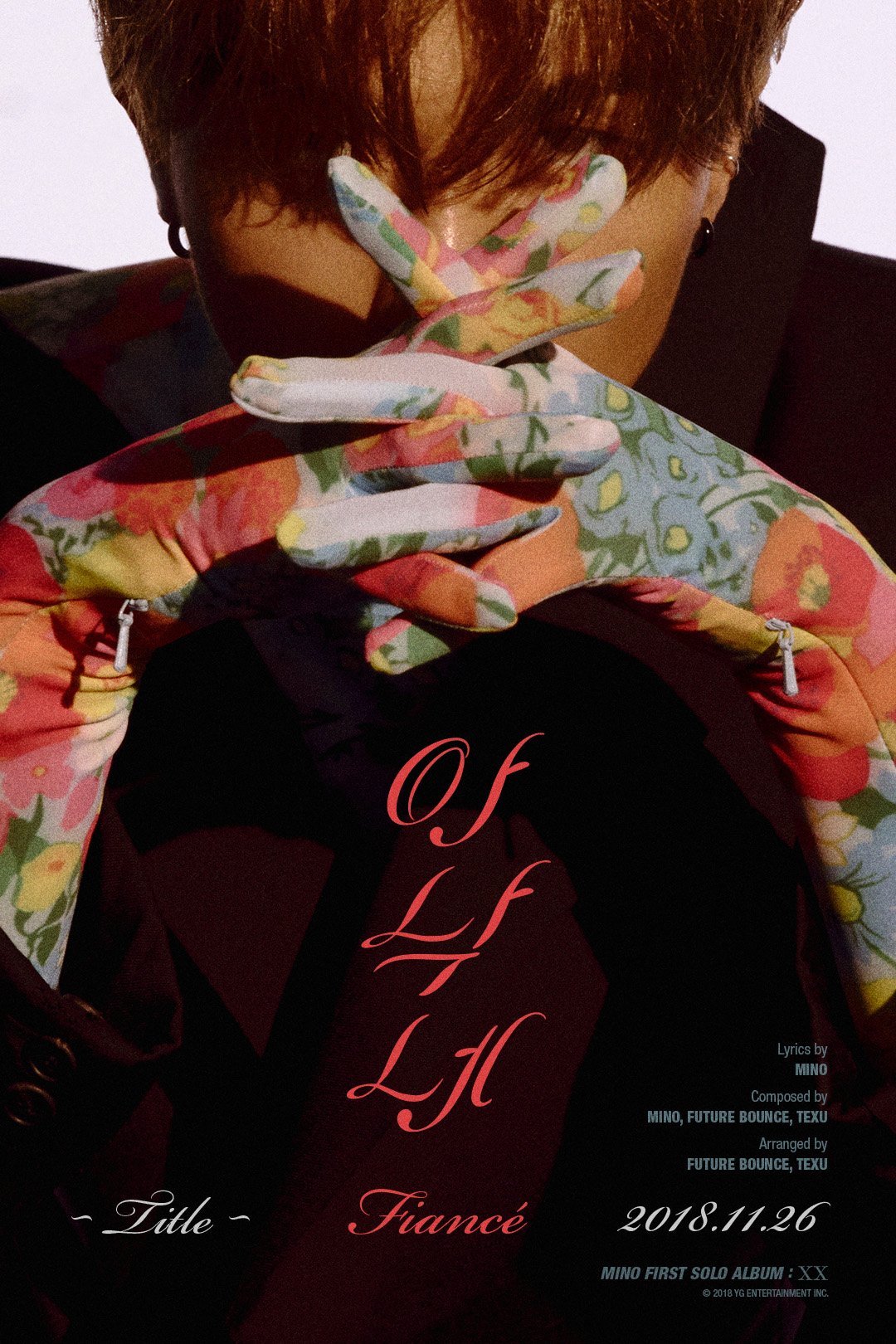 The title track poster is totally different from the teaser poster as it is colourful. In cursive letters, it announces that the title track is ‘Fiancé’. The poster also lists the details of the song and the release date. Mino‘s fringe is covering his eyes and his hands are covering his mouth. He is wearing colourfully and prettily designed gloves.

Fans have surely become more curious about what his solo debut will be like.

What do you think of Mino‘s new teaser posters for his upcoming solo debut? Let us know in the comments below.