Mino from WINNER has released a new teaser for his first solo album ‘XX‘. It will be released on November 26th. 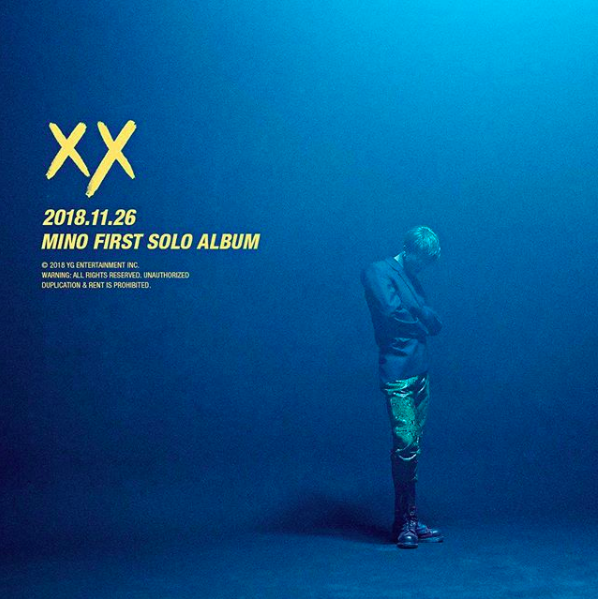 Compared to the previous teasers, this one has colour. It is a dark blue, featuring Mino standing at the bottom right corner. He is looking solemnly towards the floor, and his face is not visible to the audience. This teaser will definitely make fans curious about what his debut album will sound like. At the moment, it seems like it could be an emotional track.

What do you think of this teaser image? Let us know in the comments below.