On December 25th, WJSN released a scheduler for ‘WJ STAY?‘. Check it out below! 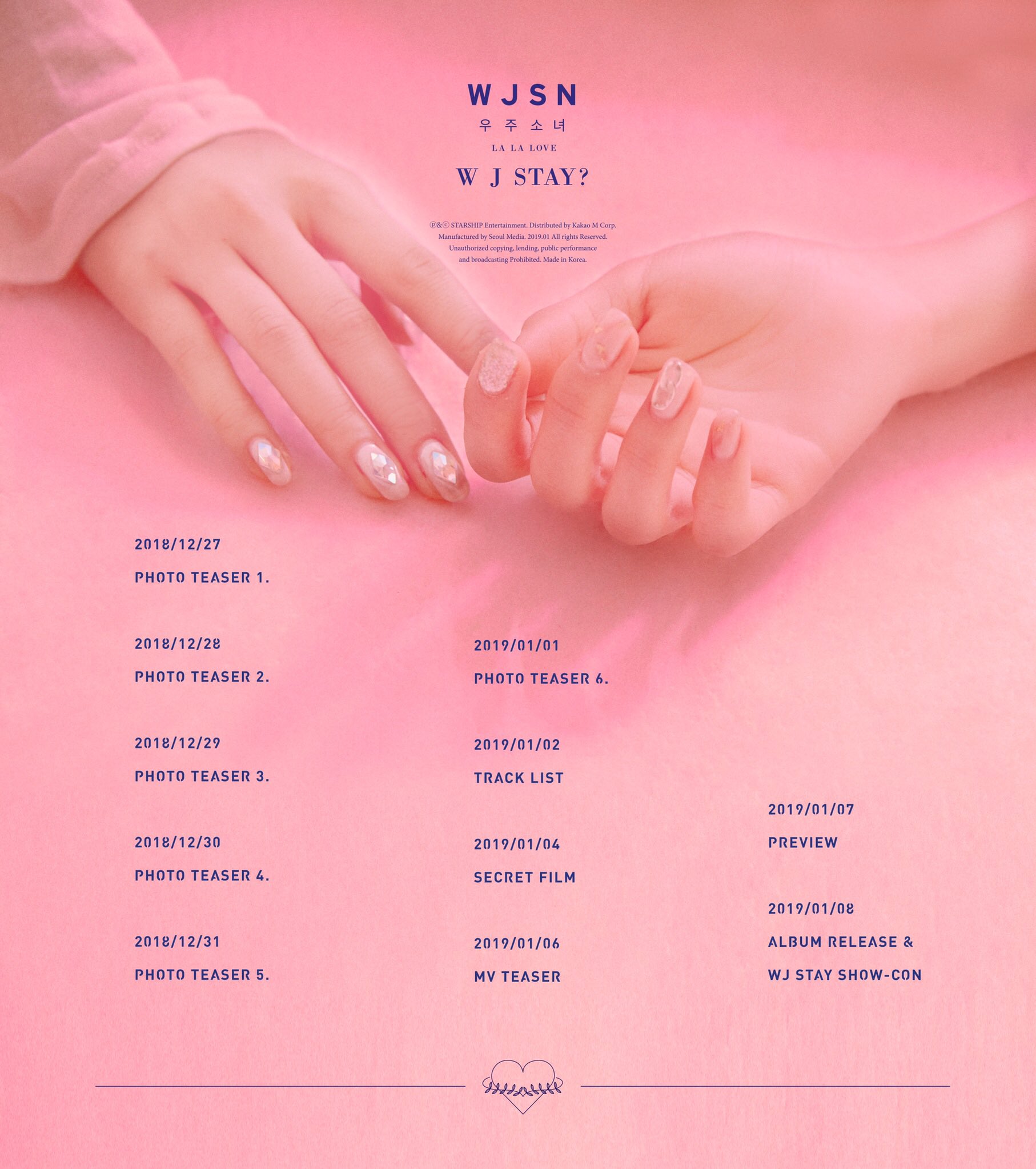 The image used in the scheduler will immediately catch your eye as it shows a pair of hands. The nails are painted a pretty pastel pink, which matches the colour concept of the rest of the image. From December 27th until January 1st, a photo teaser will be released everyday. Then, they will release their track list, secret film, MV teaser, and preview. Finally, they will release their album on January 8th.

WJSN will make their comeback on January 8th with new album ‘WJ STAY?‘. On the same day, they will hold their show-con to celebrate their comeback. According to sources, ‘WJ STAY?‘ will add a more colourful and mature appeal to the group’s mysterious and dreamy charms. Look forward to more teasers in the future!

What do you think about WJSN‘s scheduler? Let us know in the comments below.