As many knows, Yoo Seonho is finally making his hot debut. He will be dropping his first mini-album called ‘Spring, Preferred‘. To get fans excited, he has dropped the debut schedule! So, check what he has in store for the fans! 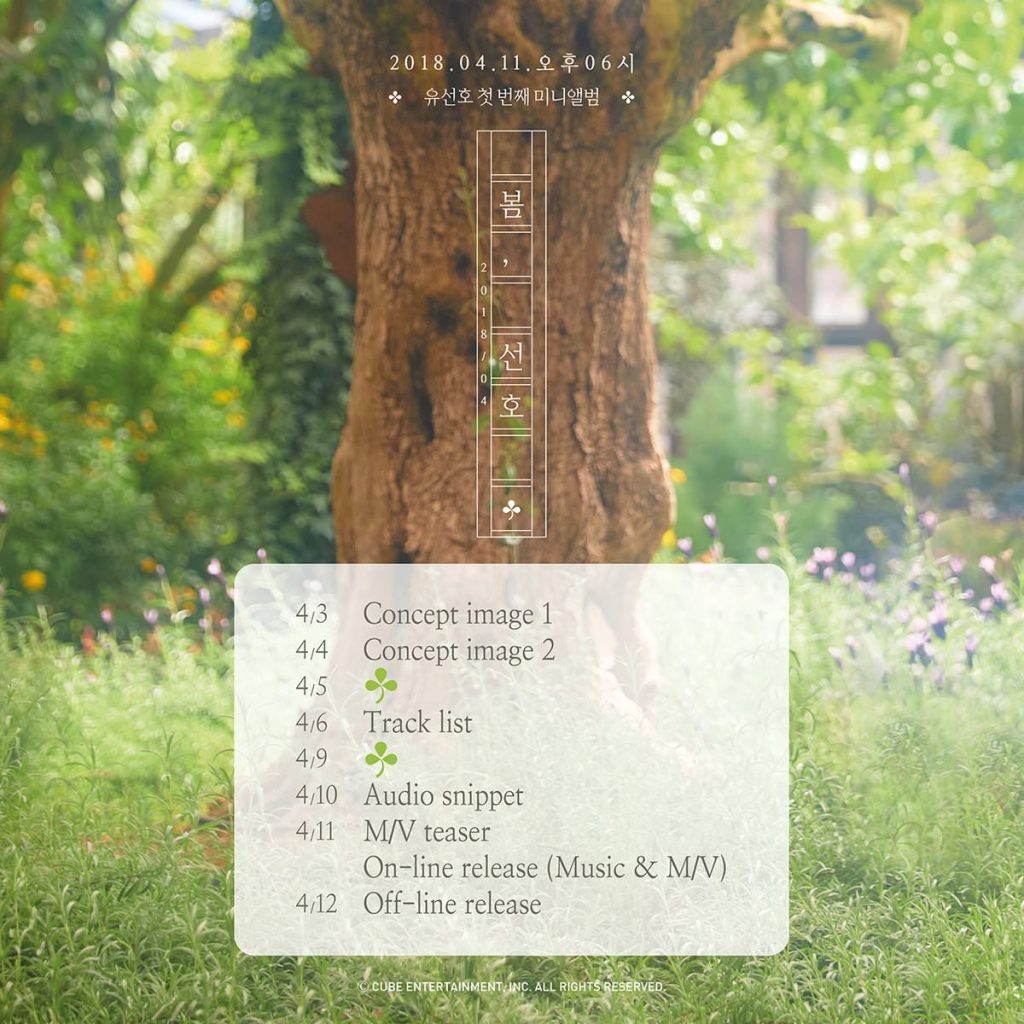 He will be releasing two concept images on April 3rd and 4th. There is two mysterious clover which will be released on April 5th and 9th. It looks like it will be a special teaser! What could it be? Meanwhile, he will drop the tracklist and audio snippet on April 6th and 10th. Finally, he will end the teasers with the MV teaser on April 11th.

Meanwhile, Seonho will make his long-awaited debut on April 12th. Are you excited? Let us know in the comments below!