Collaboration between Bumzu and Raina have been announced!

Collaboration between Bumzu and Raina have been announced!

It looks like there is a purpose between the join concert between Bumzu and Raina which will be held on August 25th and 26th. There is a collaboration between the two announced. They have dropped the first image teaser. So, check it out below! 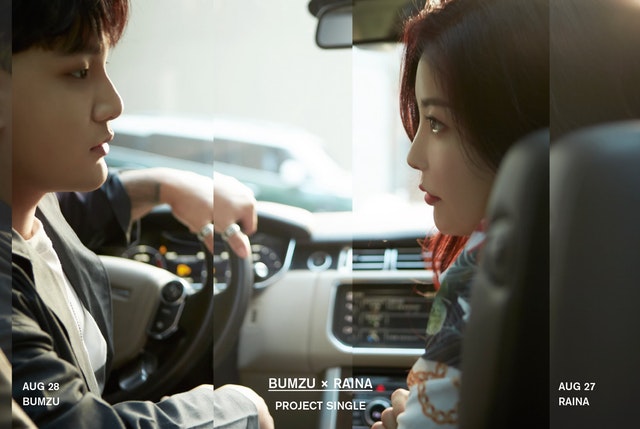 In the image, it is revealed to be a project single. In particular, the two appears to be in a car while staring deeply into each other’s eyes. At this point, no title of the track has been revealed. However, the way the image is taken, there appears to be this emotional couple track that we will be hearing. One thing for sure is that this track will be able to bring out the best in their voices.

Meanwhile, they will be releasing this track on August 27th. It may even be possible that they will be performing their track first at their joint concert. Furthermore, Raina has also opened her official YouTube channel. So, be sure to follow her here! Are you excited for this collaboration? Let us know in the comments below!