After releasing a first and second part, rookie girl group GWSN are coming back for part three of ‘The Park in the Night‘. They will make their comeback on July 23rd. The group have recently released a scheduler for their comeback. Check it out below! 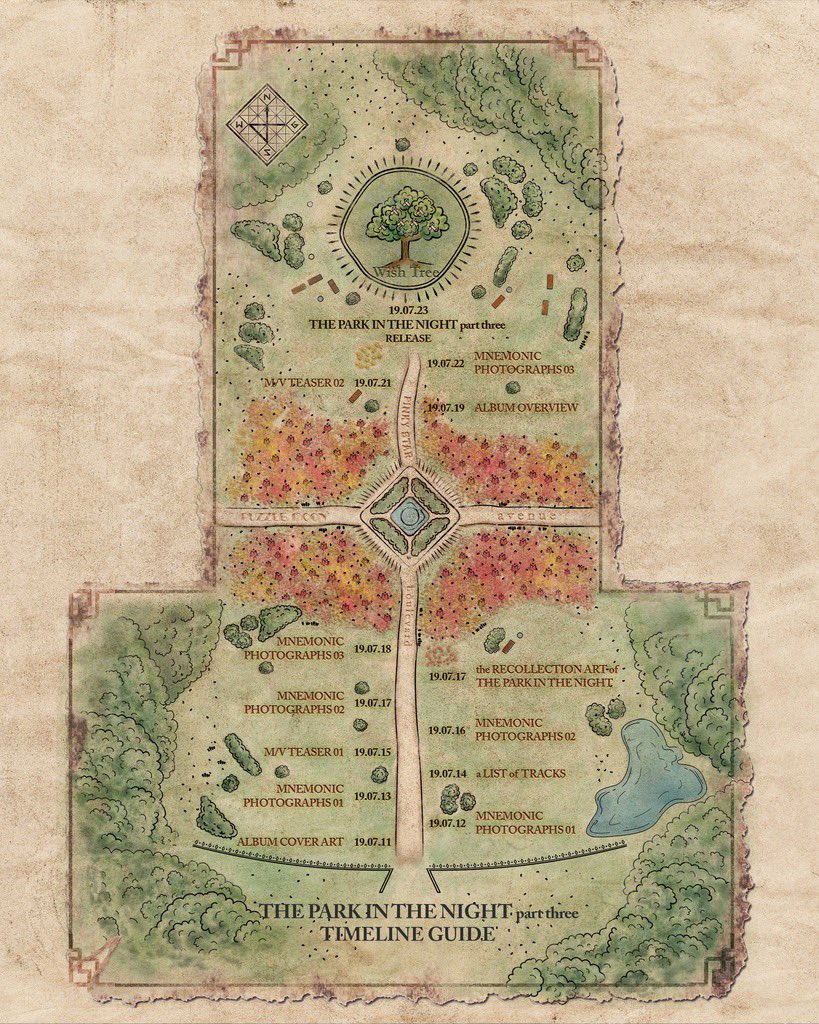 The release schedule uses the same image teaser that was released which announced the comeback. GWSN will release their album cover art, mnemonic photographs, track lists, recollection art, an album preview and two MV teasers. The language used has a medieval feel to it.

Are you looking forward to seeing more of GWSN‘s teasers for part three of ‘The Park in the Night‘? Let us know in the comments below.