HA SUNGWOON looks sexily stunning with the release of the track list for ‘Twilight Zone’! 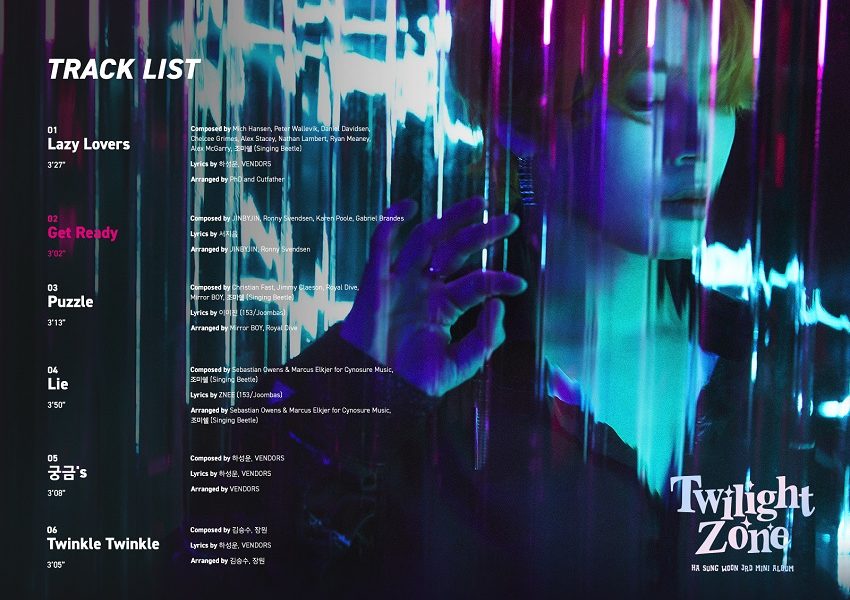 HA SUNGWOON looks sexily stunning with the release of the track list for ‘Twilight Zone’!

On May 27th, Ha Sungwoon released the track list for his 3rd mini album, ‘Twilight Zone’. Check it out below!

The mini album is set to contain five tracks, including the title track. ‘Get Ready’. It is as follows:

The solo artist has contributions towards the album, with the lyrics co-written by him in ‘Lazy Lovers’ and ‘Twinkle Twinkle’. In ‘Curiosities’, the artist contributed not only to the lyrics, but also the composition of the song.

Beside the track list, the soloist stands with eyes closed in a black partially unbuttoned shirt, with yellow hair and bedazzled earrings and rings, thus creating an alluring look in the dark twilight setting.

Ha Sungwoon‘s 3rd mini album, ‘Twilight Zone’, will be released on June 8th, 6PM KST! How do you feel about the track list? Let us know in the comments below!