iKON does the unexpected! They will be returning for the third time this year!

iKON does the unexpected! They will be returning for the third time this year!

Yes, that is right! Catching us all off guard once again. iKON is set to make their third return this year! So, check out the teaser below! 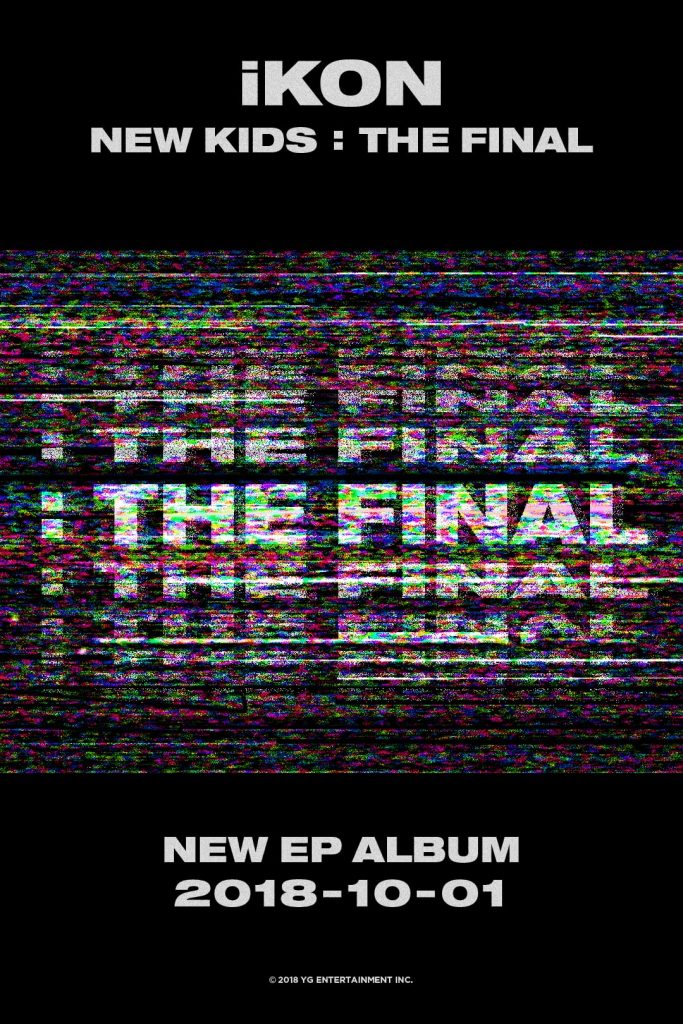 This image teaser definitely builds up the suspense for their return. In particular, not much has been revealed about this comeback. The only thing we know is that this will mark the release of their second mini album. Even the use of static on the title helps will the excitement that fans are feeling!

Meanwhile, iKON will be heading to Australia for their ‘2018 CONTINUE‘ Tour on October 25th and October 27th. If you have yet to get tickets, head here for Sydney or head here for Melbourne. There are only a few more tickets left before it sells out! So hurry before it’s all gone.

iKON is set to make their third comeback this year with the final part of their ‘New Kids‘ series. This is their ‘New Kids: The Final‘, which is set to be released on October 1st. Are you excited? Let us know in the comments below!