INFINITE‘s Nam Woohyun released the second concept photo for ‘A New Journey‘! The idol will come back with his third mini album on the 7th of May.

Check out the concept photo below! 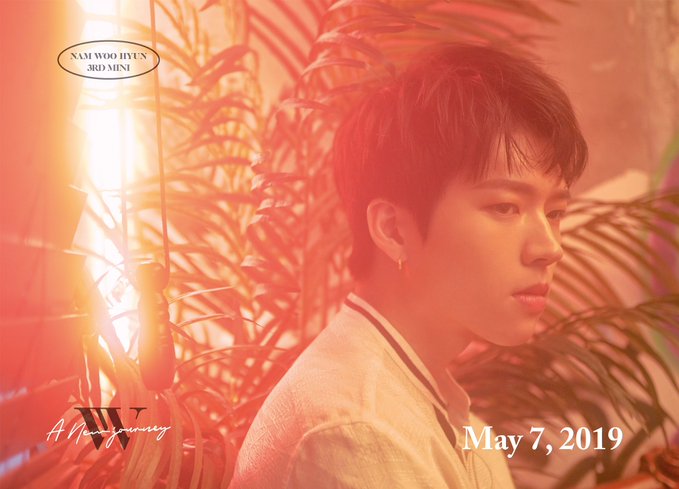 Much like the first concept photo, Woohyun looks to the side. This time he seems to be somewhere indoors and surrounded by large plants. The red light shines through, clouding the whole image in the colour red. The sunshine also shines through making the image very bright.

Woohyun is wearing a white collared shirt making him seem more dandy then the previous concept photo. He also looks very chic and serious. His visuals shine through the photo as he shows off his handsome face.

Will you be supporting Woohyun for his third mini album? Tell us in the comments below!