KARD release the scheduler for their long awaited comeback, ‘Re:’! 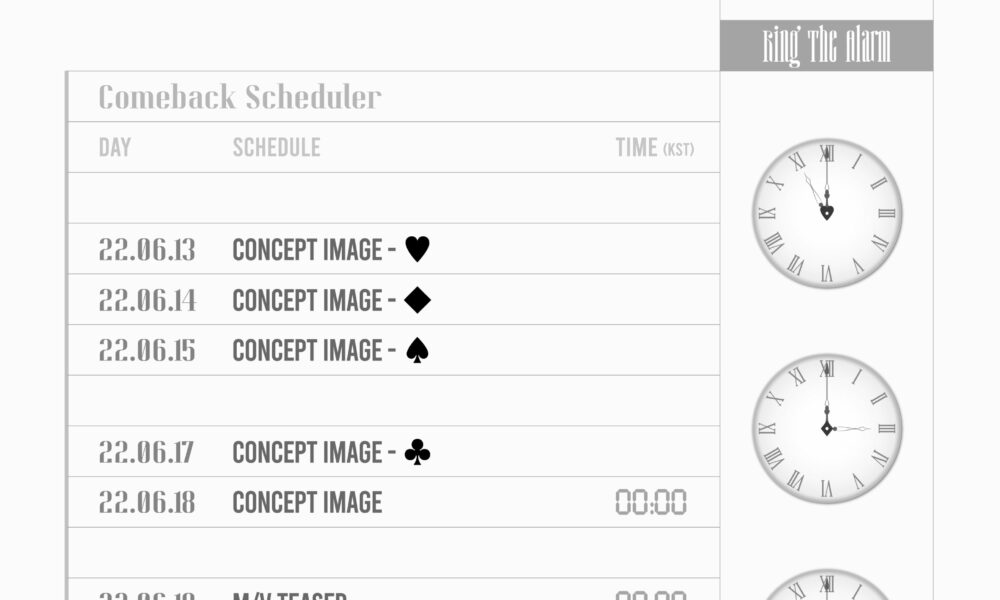 KARD release the scheduler for their long awaited comeback, ‘Re:’!

On June 11th, KARD dropped the scheduler to their upcoming 5rth mini album, ‘Re:’. Their comeback is highly anticipated the coed group’s last comeback was almost 2 years ago when they dropped the single, ‘Gunshot’. Since then, member J. Seph completed his compulsory military service, and member BM has released solo music, most recently in January this year with the single, ‘List in Euphoria’.

The scheduler shows we’ll be receiving concept images from June 13th through to the 18th. Following this will be an MV teaser, dance spoiler and live clip before the album’s drop and comeback showcase. So far, the quartet revealed the mini album will contain six tracks, including the title track, ‘Ring The Alarm’, as well as its instrumental, and the instrumental to a B-side, ‘Break Down’.

Check out the scheduler down below!

How do you feel about the group’s long awaited return? Let us know in the comments below!

Scroll for more
Tap
PIXY drops their ‘REBORN’ scheduler ahead of their 3rd mini album release!
OMEGA X head to the tennis courts in their MV teaser for ‘PLAY DUMB’!
Scroll
Loading Comments...