OMEGA X head to the tennis courts in their MV teaser for ‘PLAY DUMB’! 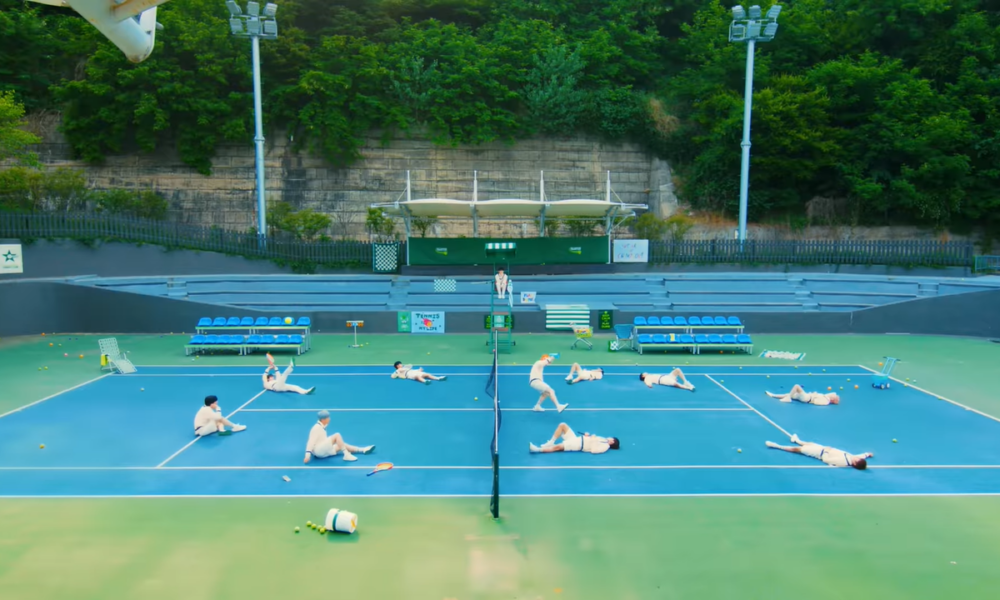 OMEGA X head to the tennis courts in their MV teaser for ‘PLAY DUMB’!

On June 13th, OMEGA X released the music video teaser to their upcoming title track, ‘PLAY DUMB’. The song forms part of the group’s scheduled 1st full album, ‘Story Written in Music’. With 13 tracks in the album, it notably includes the fan song, ‘For Baby’, with lyrics partly credited to the fandom, For X, coming as a result of a V Live broadcast where the group requested possible lyrics to be included.

Known for their darker sound and powerful sexy concepts such as their January title track, ‘Love Me Like’, the 11 member unit plan to show their brighter playful concept this time round, fit for the Korean summer.

Watching the teaser, we see the group blow the whistle and sunbathe under an outdoor tennis court. With quick beauty shots of each member, some have sustained injuries which have been covered with solid colour bandages. The spring colourfully themed preppy outfits show their youthfulness as the teaser ends with a shot of the court and the cutely drawn tennis ball mascot for the comeback.

How do you feel about the boy group’s imminent comeback? Let us know in the comments below!

Scroll for more
Tap
KARD release the scheduler for their long awaited comeback, ‘Re:’!
LAPILLUS count down to debut in their ‘HIT YA!’ MV teaser!
Scroll