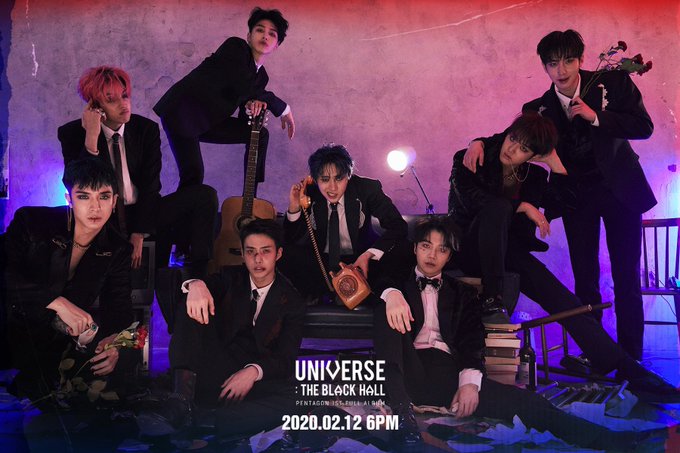 PENTAGON have released concept photos and a trailer for their upcoming full album.

The group will come back with their first full album ‘Universe: The Black Hall‘ on the 12th.

Check out the teasers released below!

The PENTAGON members all wear black suits although their makeup and facial expressions does not suit this formal aura. A rebellious, eerie but sexy vibe is created through the daring makeup and the members’ strong gaze.

Although the concept trailer starts off with a bright and innocent vibe, it quickly takes a turn. The paper plane that Hui throws, falls to the ground before turning black.

It seems PENTAGON are set on a dark and eerie concept for their upcoming album!

Are you excited for ‘Universe: The Black Hall‘? Tell us in the comments below!