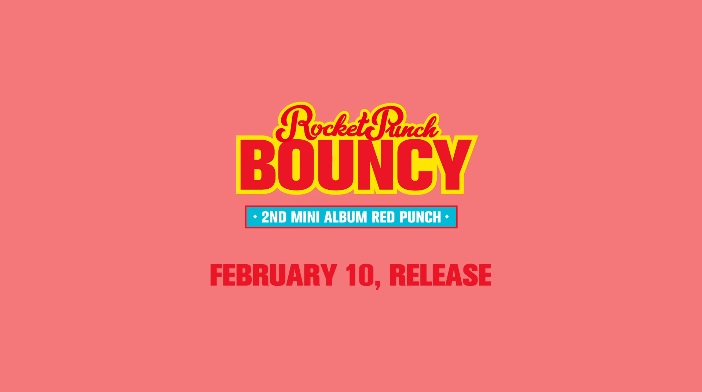 Rookie group Rocket Punch released a slew of teasers ahead of their 2nd mini album ‘Red Punch’ comeback. They released a B version of their concept photos, MV teaser for the title track ‘Bouncy’, and the album preview of their upcoming album. These were all dropped on February 5th, 6th and 7th respectively. Check them out below!

In the concept photos, all the girls look stunning behind a bold red background and golden dresses or accessories. Therefore, it makes them stand out and pop a lot more in the photos, showing the group’s clean visuals.

The MV teaser starts off with the members walking fashionably and together being in a set where they show the huge of shopping they have done with the swinging of their shopping bags. We then get a bouncy explosive chorus and a show of the choreography which looks like heaps of fun. After that, we get to hear and see how the song ends with a final sing of the title of the track, before the members crouch and stare charmingly into the camera.

Finally, listening the album preview, ‘Red Punch’ will contain a total of 7 tracks. Below is a first impression of each of them:

Rocket Punch‘s 2nd mini album, ‘Red Punch’ along with the title track MV for ‘Bouncy’ will be released on February 10th, 6PM KST! Hence, this will be the group’s first comeback hot from their debut back in August with their 1st mini album, ‘Pink Punch’ featuring title track ‘Bim Bam Bum’.