SF9 have released their schedule and first teaser images for their next release of their sixth mini album called ‘Narcissus’ that will be released on the 20th of this month at 6pm KST. Teasers were released on all of their social media platforms. They also released the link for their teaser site that you can visit here! 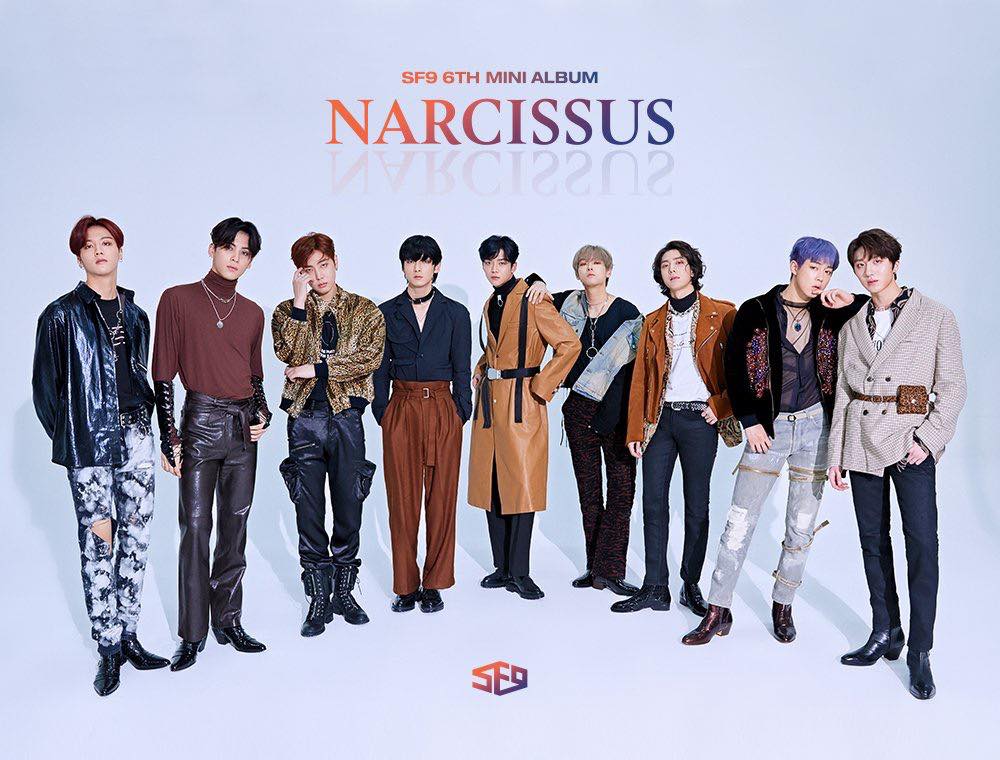 SF9’s last release in February last year with their mini album ‘Mamma Mia’ contained six songs. It peaked at number three on the Korean Gaon Chart and sold 11,060+ copies in South Korea. For this next release, there will be 2 MV teasers released. Individual jacket poster images will be released, as well as a track list and highlight medley before the album and MV drop. 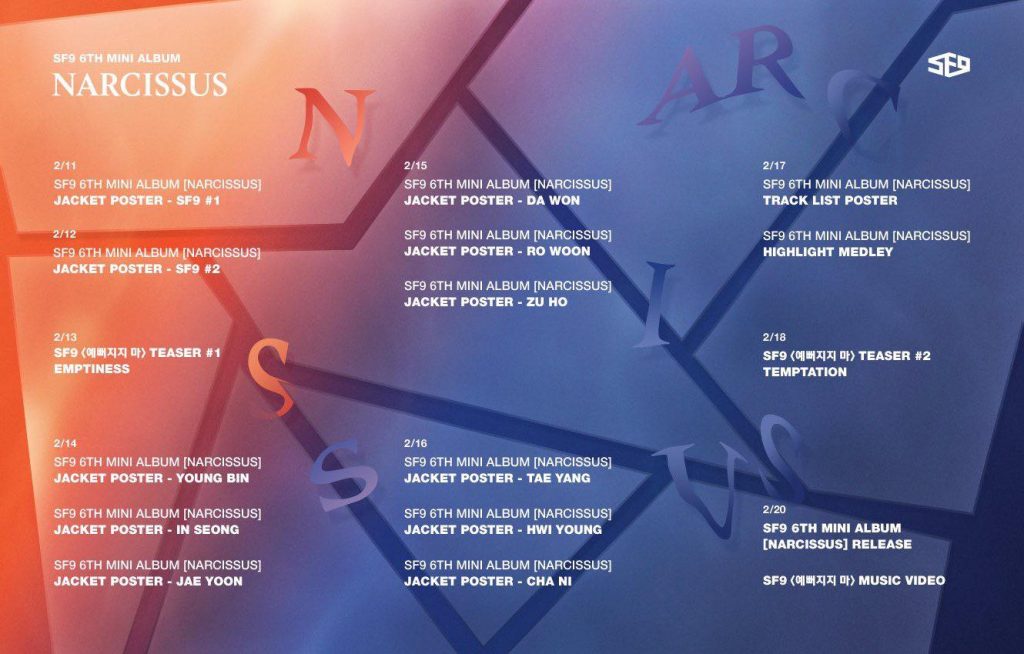 Are you looking forward to SF9’s next mini album release ‘Narcissus’? Who’s your bias in SF9? Let us know in the comments below!