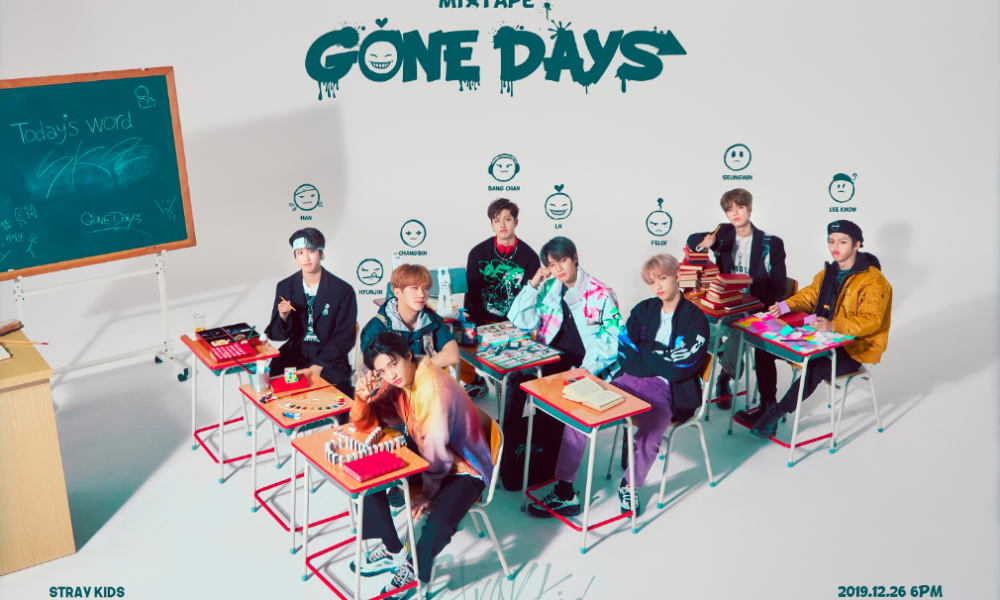 Stray Kids only made their comeback on December 9th with ‘Clé: Levanter‘, but they are releasing a special mixtape project on December 26th. As part of their new series with mu:fully, in which they showcase B-sides that fans have never heard before, they will be releasing ‘Gone Days‘. The two episodes of the series have already previewed a bit of the song and the members worked on choreography for the song, led by main dancer Hyunjin. The song is upbeat and will definitely be fun to sing along to. It’s a stark contrast to solemn title track ‘Levanter‘.

Teaser photos for the group and individual members have been released. Check it out below!

The images display a screenshot of Bang Chan‘s computer. This mixtape project has been in the works for a while, and it looks like more mixtapes will be released next year too.

It looks like the members have gone back to school in the teaser images as they all sit at desks. Each member is holding a different prop or doing a different activity.

What do you think about Stray Kids‘ teasers for ‘Gone Days‘? Let us know in the comments below.

Scroll for more
Tap
B Of You (B.O.Y) release a celestial themed scheduler ahead of their debut!
ATEEZ announce comeback with ‘Treasure Epilogue: Action To Answer’!
Scroll