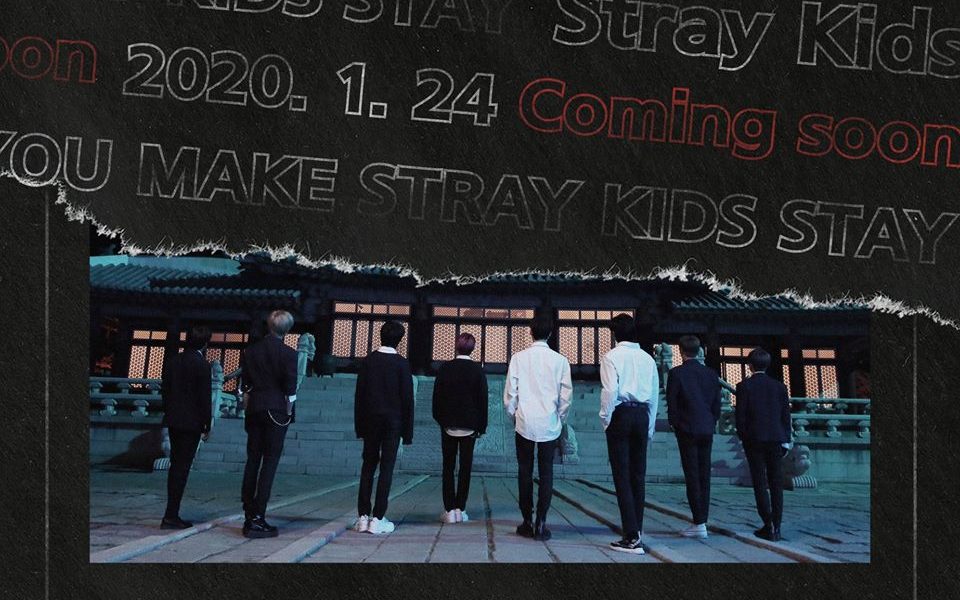 On January 10th, Stray Kids released an image teaser. Check it out below:

An image of the boys is surrounded by a thick black border and what appear to be ripped paper just above them. The paper states their release date and “You Make Stray kids Stay”.

The boys are dressed in black and white, looking at a traditional building and flight of stairs.

Their new single is set to drop on January 24th.

Could this be a hint to their next concept? Let us know in the comments below.