Stray Kids reveal the track list for ‘ I AM WHO’ Stray Kids reveal the track list for ‘ I AM WHO’

Stray Kids have revealed the tracklist for their upcoming mini album, ‘I AM WHO’. So, check it out below! 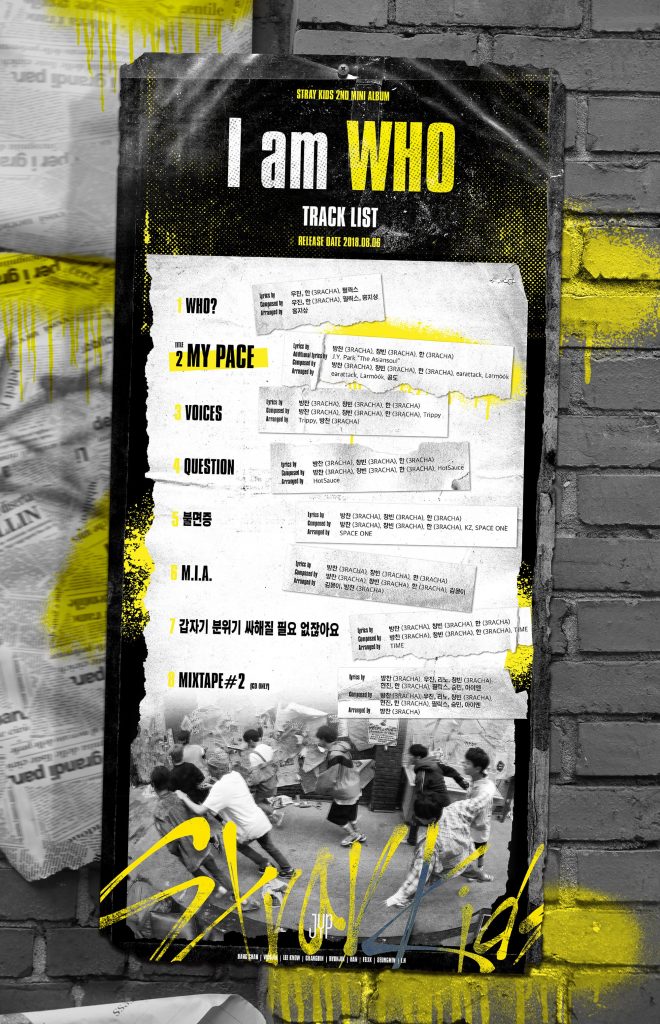 This album has a total of eight tracks including the title track, ‘My Pace’, ‘Who?’, ‘Voices’, ‘Question’, ‘Insomnia’, ‘M.I.A.’, ‘Don’t Kill The Mood Suddenly’ and CD only ‘Mixtape #2’. Once again, the members are actively participating in composing and writing their own tracks. Other than the normal three that writes lyrics (Chan, Han, Changbin), both Woojin and Felix also written lyrics for a track the time around. On top of that, all the members have written lyrics for ‘Mixtape #2’.

Meanwhile, Stray Kids will make their hot return on August 6th. Are you excited? Let us know in the comments below.

Officially Kmusic will keep you updated on Korean entertainment, so stay tuned.