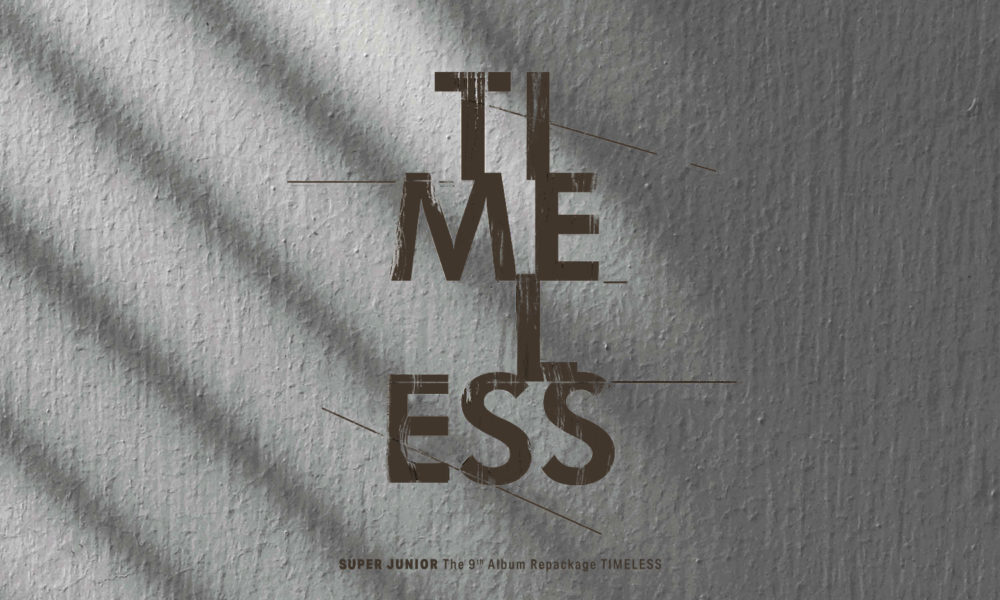 On January 7th, Super Junior announced they will be releasing a repackaged version of their ninth album, ‘Time Slip‘, now called ‘Timeless’. They then released the following teaser image and teaser video, check them out down below!

The teaser image is quite minimalist with the title of the album stylised in a font as somewhat worn off. Behind is a textured white wall, followed by dark narrow shadow lines from something else yet to be seen.

The video shows a producer whose face and real voice have been hidden to the camera in a recording studio with Super Junior. They call the members “hyungs” so we can assume they are younger than the members of the group. Furthermore, they say the bridge of the song will be made in SM’s style, inferring the producer is not originally from SM Entertainment. Reports and the label have confirmed that the producer in question is in fact, Zico! They stated the title track will be in a genre that the group has never attempted before, bringing further anticipation.

This comeback will be the final part of the group’s ‘Time’ series with ‘Time Slip’ and repackaged ‘Timeline’ being released earlier last year. Their repackaged album, ‘Timeless’, will be released on January 28th!

Are you excited for the Super Junior‘s comeback? Let us know in the comments below!