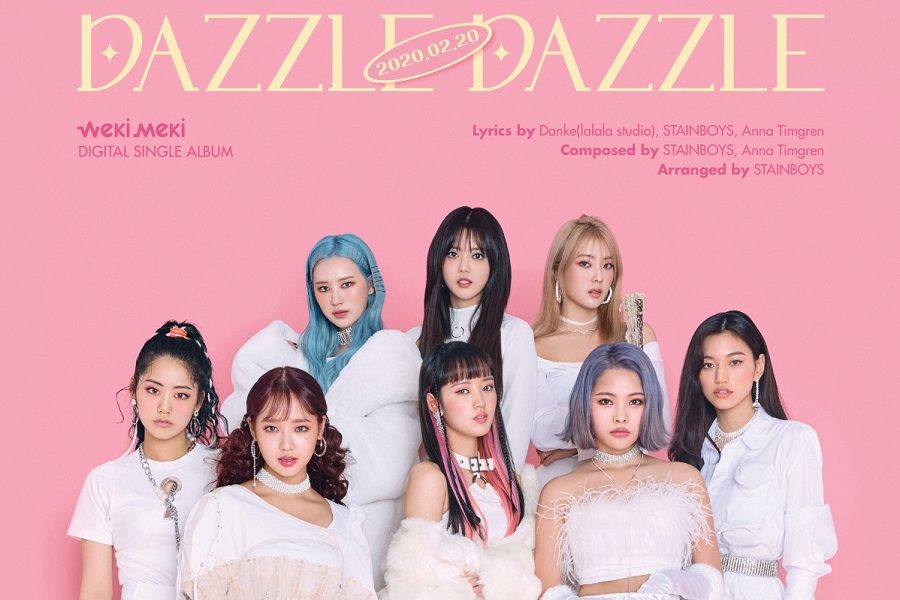 On February 11th, Weki Meki announced their digital single comeback, ‘Dazzle Dazzle’. Then, on the 13th and 14th, the group released 2 concepts (Dazzling Funeral and Shimmering Ceremony) of teaser pictures, making fans even more excited. Check them out below!

The group’s announcement shows the members in elegant yet sexy white outfits. This is behind a cute baby pink background to contrast against the girls’ outfits. These outfits are seen in both the concept photos which feature more matured looking expressions from the members compared to their previous, fun summer concept the group had with ‘Tiki-Taka (99%)’.

There is nice dark and light difference between the two concepts, which the ‘Dazzling Ceremony‘ concept shows off more of the sparkly elements of the group’s attire.

This marks Weki Meki‘s comeback in approximately 6 months since their repackaged album, ‘Week End LOL’. Member Yoojung will also be returning to the group’s promotions after her hiatus in October 2019 due to health reasons.

Weki Meki‘s new single, ‘Dazzle Dazzle’ will be released on February 20th, 6PM KST! How do you feel about the group’s musical return? Let us know in the comments below!